The JEWS’ ANTI-GERMAN BOYCOTT to economically starve the German people began in March, 1933, BEFORE the Germans had enacted any anti-Jewish laws.

This is only one of the MANY things the Jews did to destroy Germany (even during WWI), which are the reasons why Hitler considered the Jews an enemy of the state.

It was still wrong for Hitler to round up a large percentage (not all went into the work camps) of Jews who were not directly involved with this destruction of Germany, but helps explain the mindset.

Martin Luther also saw what the Jews were doing to Germany in his day, and wrote a book about what he thought should be done. Germany carried out many of Luther’s proposals, some of which were worse than what Hitler did.

Hitler did NOT have a Jewish extermination program. The camps were WORK CAMPS not extermination camps, which has now been proven beyond the shadow of doubt.

The 200+ thousand Jews who did die in the camps died mainly from Typhus and starvation, partly because we bombed the transportation supply lines.

Jews mostly controlled the Nuremberg trials and the media. They control the ideas that most of us have wrongly had about Germany, WWI, WWII, and the so-called Holocaust.

When the Jews declared war on Germany…

Within 2 months of Adolf Hitler’s appointment as German Chancellor in January 1933 international Jews organized a boycott of German goods in order to economically starve the German people.

This anti-German boycott began in March, 1933 before the Germans had enacted any anti-Jewish laws. 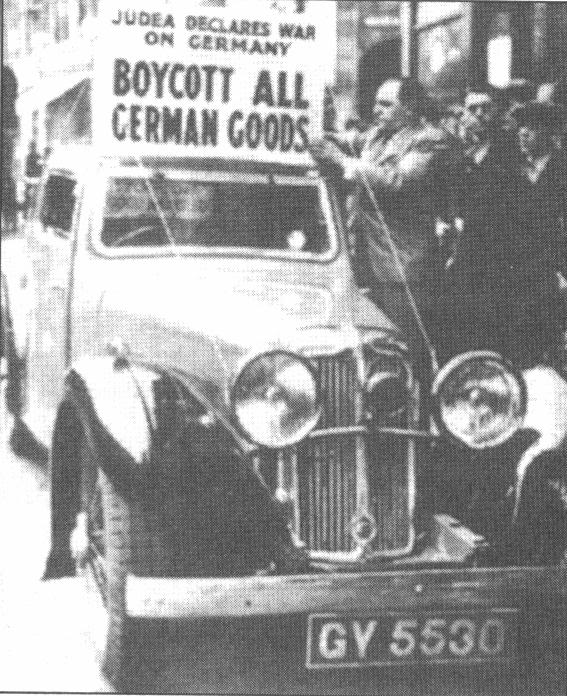 In a meeting held at the Hotel Knickerbocker on March 21 by the Jewish War Veterans of the United States of America, former congressman William W. Cohen advocated in support of a strict boycott of German goods, stating that “Any Jew buying one penny’s worth of merchandise made in Germany is a traitor to his people.”

A series of protest rallies were held on March 27, 1933, with the New York City rally held at Madison Square Garden with an overflow crowd of 55,000 inside and outside the arena and parallel events held in Baltimore, Boston, Chicago, Cleveland, Philadelphia and 70 other locations, with the proceedings at the New York rally broadcast worldwide. 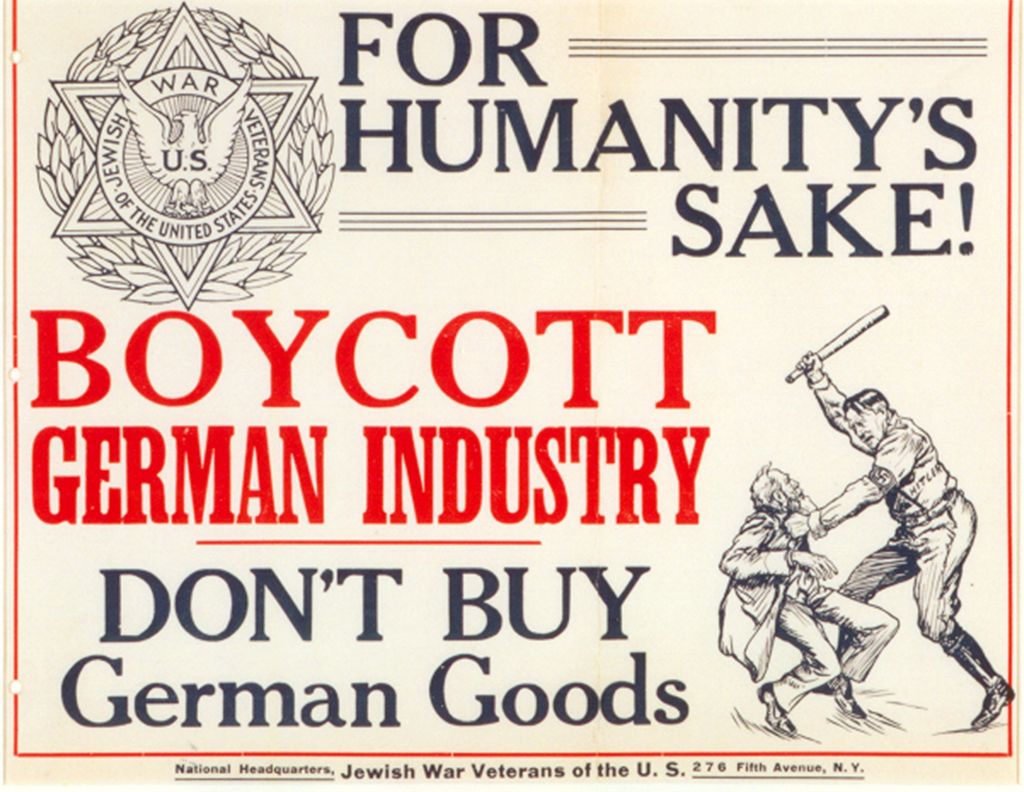 The German government portrayed the boycott as an act of aggression based on anti-German propaganda and responded with a one day boycott of their own.

German officials countered the protests as slanders against the German people perpetrated by “Jews of German origin”, with Propaganda Minister Joseph Goebbels proclaiming that a series of “sharp countermeasures” would be taken against the Jews of Germany in response to the protests of American Jews.

Goebbels announced a one-day boycott of Jewish businesses in Germany of his own to commence on April 1, 1933 that would be aimed against Jewish-owned businesses, which would be lifted if anti-German protests were suspended. If the protests did not cease, Goebbels warned that “the boycott will be resumed.

Oh, but in the history books we’re told the Germans boycotted Jewish stores out of racial hatred and spite…no mention ever of the Jews boycotting the Germans first.

“World Jewry literally decides to declare war on Germany simply for Adolf Hitler coming into power,” which was an international boycott.

The Zionists offered to stop the boycott if Hitler would agree to let the Jews emigrate to Palestine. Hitler accepted, but the British stopped the emigration.

Headlines and Quotes: THE JEWS DECLARE WAR ON GERMANY (1933)