This third version integrates David Chandler’s presentation “Going Beyond Speculation – A Scientific Look at the Pentagon Evidence” with video of testimonies by 30 of the 180 known on-record witnesses to the Pentagon crash.

28:14 Photograph that was the genesis of the no-planes theory. First floor was obscured by the firetruck’s water spray

28:38 The size of the hole and other damage to the facade is consistent with photographs of the actual building damage. 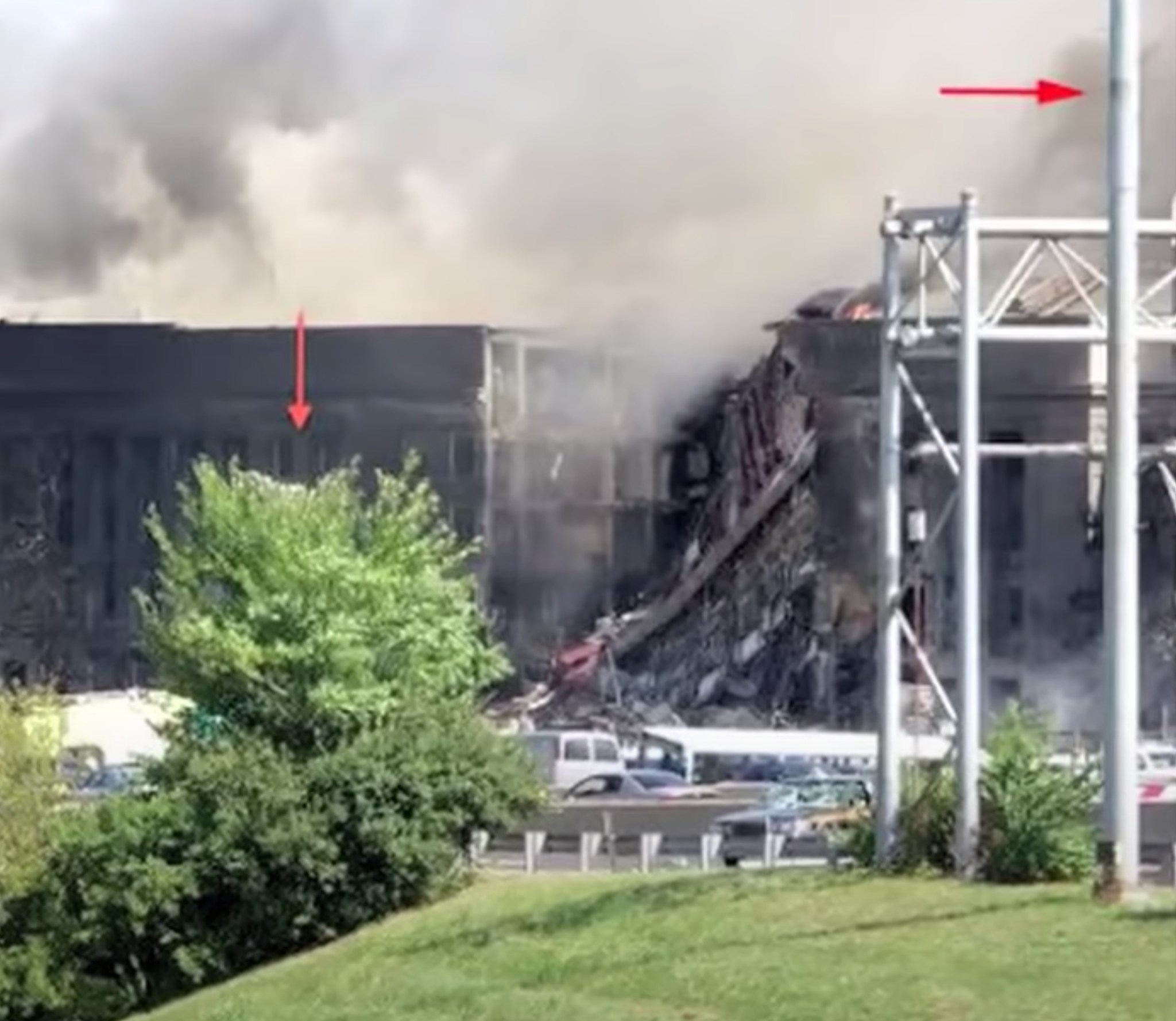 44:35 Missing rung and scar on camera pole, clipped by right wing. Treetop shows circular notch cut off by starboard engine, which can account for the trail of billowing smoke in the Pentagon surveillance footage. This also shows the downward trajectory of the plane, at tree top height before hitting the building just inches above the ground.

48:20 Rotation of the heavy, generator trailer

50:45 More photos. Internal building columns are bowed in line with the flight path.

David Chandler’s presentation starts at 26:23
(beginning with summation of testimonies)

The Pentagon Plane Puzzle film is a work-in-progress.  This third version integrates David Chandler’s presentation “Going Beyond Speculation – A Scientific Look at the Pentagon Evidence” with video of testimonies by 30 of the 180 known on-record witnesses to the Pentagon crash.  It serves as a comprehensive preview of what will be in the final film.

There are many new graphics and a few new movie clips which were not in prior versions of the film.

To learn more about the film THE PENTAGON PLANE PUZZLE, about the Pentagon plane controversy, and to access the most up-to-date information on that subject, please click here:  http://www.9-11tv.org/the-pentagon-pl…

The music used in this short film, and in the full length versions, is by Fritz Heede. See his website here: http://fritzheede.com