END_OF_DOCUMENT_TOKEN_TO_BE_REPLACED

During one of the 33 meetings I attended when Rodney was in Anchorage: When we heard angels literally sing in Anchorage, Alaska

Pastor Rodney Howard Browne: We Have to Make a Stand for the Constitution

Dr. Jeffrey Barke: masks do lower O2 pulse oximeter readings in healthy people — when exercising, by a lot. Masks don’t work. Not much worse than a bad flu. Children less affected than flu and should be in schools with no masks. HCQ works. Writing a book, “Covid-19: My Prescription For Liberty!”

“Dr. Jeffrey Barke: Cases are rising, but the fatality rate is dropping. The average age of new cases is 31—fatality is so low for that age group that it’s hard to even calculate.

END_OF_DOCUMENT_TOKEN_TO_BE_REPLACED

People have PTSD, have been mass traumatized from the long-term isolation, force-quarantine, while being fed fear-porn disinformation 24/7: “Be afraid, be afraid.” Many are in fight-or-flight, in the fetal position, lashing out. Concerns about the economy compounds the fear.

7:15 Her lungs are permanently damage from not wearing a mask correctly as a painter.

8:00 Doctors and nurses have been trained how to wear masks correctly: change them every hour; don’t touch them at all. Dr. Cutler, their director of health said people are not wearing masks correctly, which leads to more health risks than not, and masks give people a false sense of security.

END_OF_DOCUMENT_TOKEN_TO_BE_REPLACED

Note: the article reviewed here, New Book: Epstein Was the Intelligence Community’s Blackmailer is from the conservative, John Birch based ‘New American Magazine,’ which says:

“When we set out to write a book about his crimes, we thought we knew the whole story. Before long, however, what we uncovered was compelling evidence that Jeffrey Epstein was a spy — largely for Israel’s Mossad — and allowed to operate in the United States seemingly without consequence,” Dylan Howard told Fox News.

END_OF_DOCUMENT_TOKEN_TO_BE_REPLACED

“It’s almost like ‘friendly fire.’ People are walking into these hospitals assuming that they’re going to be taken care of. And you are literally going to walk in there and you will never walk out.”

“Everything about these numbers that you are hearing across the world globally it’s a lie.”

“We need a federal investigation immediately.”

Registered nurse, Erin Olszewski, spent a month at the epicenter of the epicenter, Elmhurst Hospital in NY.  After witnessing the same malpractice matching testimonies of other outspoken nurses in the U.S., she decided to wear a hidden camera to prove to the world there is a bigger threat than Coronavirus taking place in this hospital.  Del sat down with Erin for an emotional interview on The HighWire.   (To watch the entire exposé from Journeyman Pictures, click here https://bit.ly/37lZtAS )

END_OF_DOCUMENT_TOKEN_TO_BE_REPLACED

Dan is a good guy, not a racist at all. One person apparently started this, and everyone joined in without any evidence. Incredible!

Dan could have just left, but wanted to stay and film the event.

Dan Dicks EXCLUSIVE INTERVIEW! When The Mob Takes Over The Police Defend The Mob!

END_OF_DOCUMENT_TOKEN_TO_BE_REPLACED

1:37:20 “I am just terrified there’s not going to be enough people with courage in the future.”

END_OF_DOCUMENT_TOKEN_TO_BE_REPLACED

The Daily Mail includes the court document in this article, which they summarize here:

The final straw for Floyd came after serving five years in prison in 2009 for aggravated assault stemming from a robbery in 2007 where he entered a woman’s home, pressed a gun into her stomach and searched the home for drugs and money, according to court records.

Floyd pleaded guilty to the robbery where another suspect posed as a worker for the local water department, wearing a blue uniform in an attempt to gain access to the woman’s home, according to the charging document.

But when the woman opened the door, she realized he was not with the water department and attempted to close the door, leading to a struggle.

At that time, a Ford Explorer pulled up to the home and five other males exited the car and went up to the front door.

The report states the largest of the group, who the victim later identified as Floyd, ‘forced his way inside the residence, placed a pistol against the complainant’s abdomen, and forced her into the living room area of the residence.

‘This large suspect then proceeded to search the residence while another armed suspect guarded the complainant, who was struck in the head and sides by this second armed suspect with his pistol while she screamed for help.’

Not finding any drugs or money at the house, the men took jewelry and the woman’s cell phone and fled in their car. A neighbor who witnessed the robbery took down the car’s license plate number. END_OF_DOCUMENT_TOKEN_TO_BE_REPLACED

Delightful discussion with Adam Green and his 10-year friend, Jay, from their days playing basketball in college. Jay also filmed Adam during Adam’s first “man on the street” videos.

END_OF_DOCUMENT_TOKEN_TO_BE_REPLACED

Police swore an oath to defend the Constitution, which defends the rights of the people from tyrannical decrees.

END_OF_DOCUMENT_TOKEN_TO_BE_REPLACED

“There’s got to be compliance with the Executive Branch. because otherwise, it doesn’t work. So you got to eliminate that compliance and you make a mandate. And then you do training, particularly in the city, called a licensing department, where there’s zoning, buildings. Housing will be impacted by it, planning certainly. And you pick the people that will run those agencies, and the deputies that are pledging allegiance to the New World Order and good governance. And then I think you have the Inspector General do some spots audits to make sure that there is real compliance.”

END_OF_DOCUMENT_TOKEN_TO_BE_REPLACED

Notice the assembly members touching their moist face masks and then touching the table, spreading germs!

Fun watching how uncomfortable she made the room. When people squirm such as these, they are in a personal struggle with their internal soul truths.
Those that jeered her didn’t like how shameful she made them feel
She is standing up for humanity. Humanity must protect people like her. Bravo
I am moved to tears by her bravery and her passion. She is speaking for everyone around the world who is becoming enlightened. The truth will come out.

END_OF_DOCUMENT_TOKEN_TO_BE_REPLACED 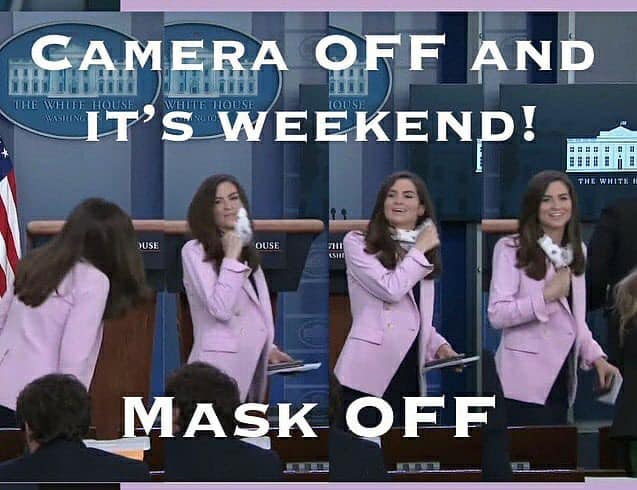 One on One w/Dr. Judy Mikovits: Truth about her Arrest and the One Issue Media can’t “Debunk”

END_OF_DOCUMENT_TOKEN_TO_BE_REPLACED

Dr. Knut M. Wittkowski, former head of biostatistics, epidemiology and research design at Rockefeller University, says YouTube removed a video of him talking about the virus which had racked up more than 1.3 million views.

Wittkowski, 65, is a ferocious critic of the nation’s current steps to fight the coronavirus. He has derided social distancing, saying it only prolongs the virus’ existence and has attacked the current lockdown as mostly unnecessary. …

“I was just explaining what we had,” Wittkowski told The Post of the video, saying he had no idea why it was removed. The footage was produced by the British film company Journeyman Pictures.

“They don’t tell you. They just say it violates our community standards. There’s no explanation for what those standards are or what standards it violated.”

In articles and interviews across the web, he has likened COVID-19 to a “bad flu.” That likely made him a target for YouTube, which said in April it would be “removing information that is problematic” about the pandemic.

“Anything that goes against [World Health Organization] recommendations would be a violation of our policy and so removal is another really important part of our policy,” CEO Susan Wojcicki told CNN.

Wittkowski’s argument is a minority opinion among his colleagues, but still well within mainstream thought and currently is the basis for Sweden’s non-lockdown approach to the pandemic. …

If nothing else, Wittkowski has made a point of practicing what he preaches.

“We don’t have to fear anything but fear,” he said. “Wasn’t that an American who said that?”

END_OF_DOCUMENT_TOKEN_TO_BE_REPLACED

In a recent candid interview, Bill Gates outlined that, despite the comparatively small threat of Coronavirus, he and his colleagues “don’t want a lot of recovered people” who have acquired natural immunity. They instead are hoping we become reliant on vaccines and anti-viral medication.

Shockingly, Gates also suggests people be made to have a digital ID showing their vaccination status, and that people without this “digital immunity proof” would not be allowed to travel. Such an approach would mean very big money for vaccine producers.

“We will see eventually that this government’s imposed cure is going to be  as the disease itself.”

Dr. Jeffrey I. Barke, MD, a family practice physician based in Newport Beach, CA speaks out on the COVID-19 madness gripping the country during a rally in Riverside, CA. This doctor represents thousands like him that are being systematically silenced by Big Tech, MSM, and government “experts”. Main points made by the doctor are as follows:

-Quarantining the healthy does not save lives
-Face masks are not effective
-Never in our history have we quarantined the healthy
-The U.S. Constitution was not designed to restrain the people but rather the government
-Governor Newsom has stepped on our freedoms
-The fatality rate of COVID-19 is in the ballpark of a bad seasonal flu
-We get over this virus by achieving herd immunity
-We can never achieve herd immunity by keeping the herd quarantined
-It’s time we allow the young and healthy to open the doors and get back to work 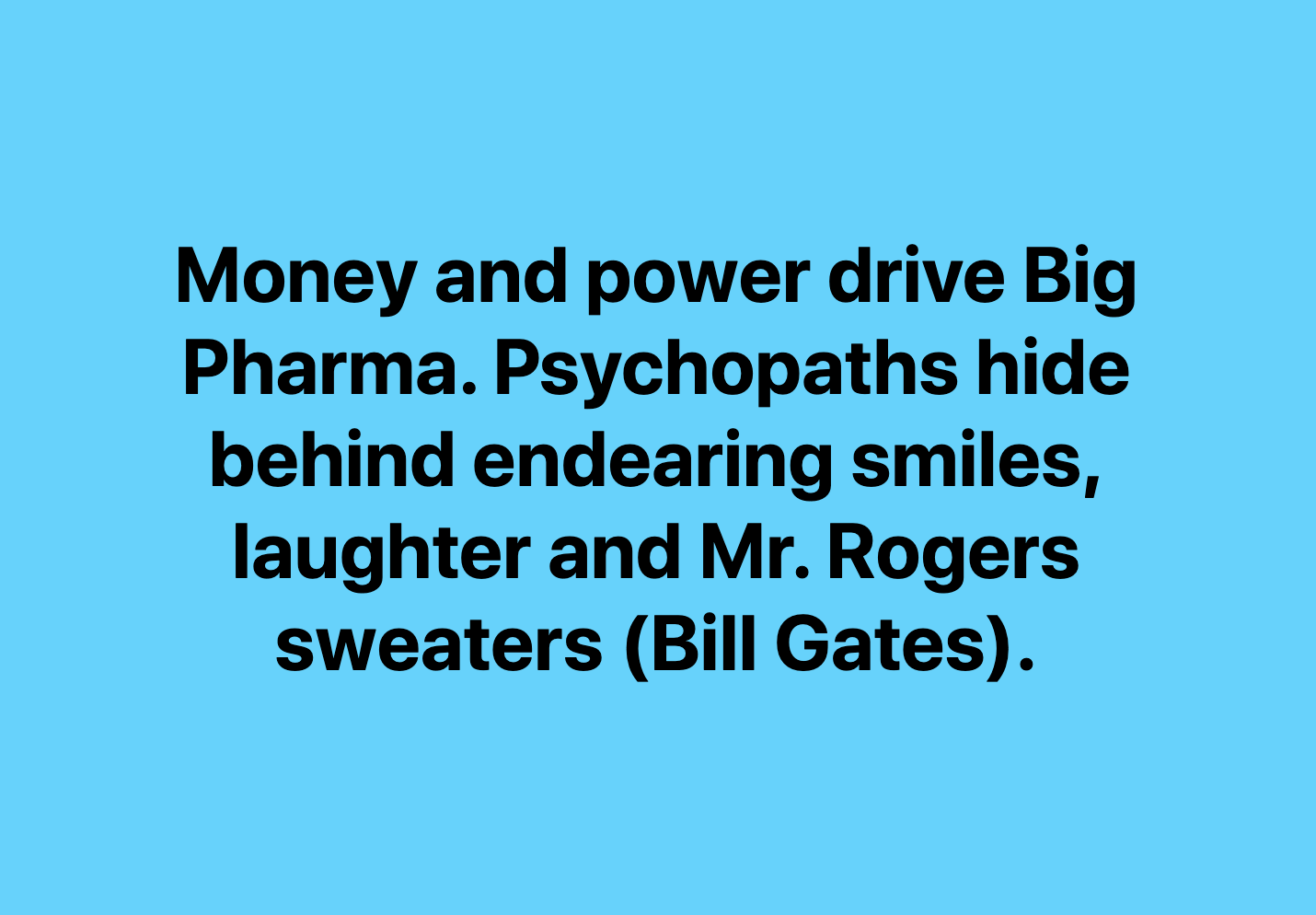 Fauci should tell people the truth about getting enough sun (instead of covering faces with masks) or taking vitamin D3, which cuts the danger of covid drastically, and then he should resign. He’s a disgrace. Big Pharma’s liar in chief!

Related: Fauci: “No Reason to Wear Face Masks” — Makes people feel better w/o being protected & they touch the mask and faces often

Unelected Fauci Has Been Leading America

Has America put too much faith in one man?

END_OF_DOCUMENT_TOKEN_TO_BE_REPLACED

Last week, actor Kevin James made a short film mocking our response to the novel coronavirus.

The short video, titled “Out of Touch,” shows James and another man running and hiding from police cars and helicopters. Before the chase ends, the video flashes to “Six Hours Earlier,” in which the manhunt is “explained.”

James and the other man, a runner, are “caught” by nosy passersby exchanging a, gasp, handshake. With their masks on and cellphones in hands, James and runner are reported to the police for their coronavirus indiscretion.

Staring at the narks, James tells the other man, “run,” before the short film ends. END_OF_DOCUMENT_TOKEN_TO_BE_REPLACED