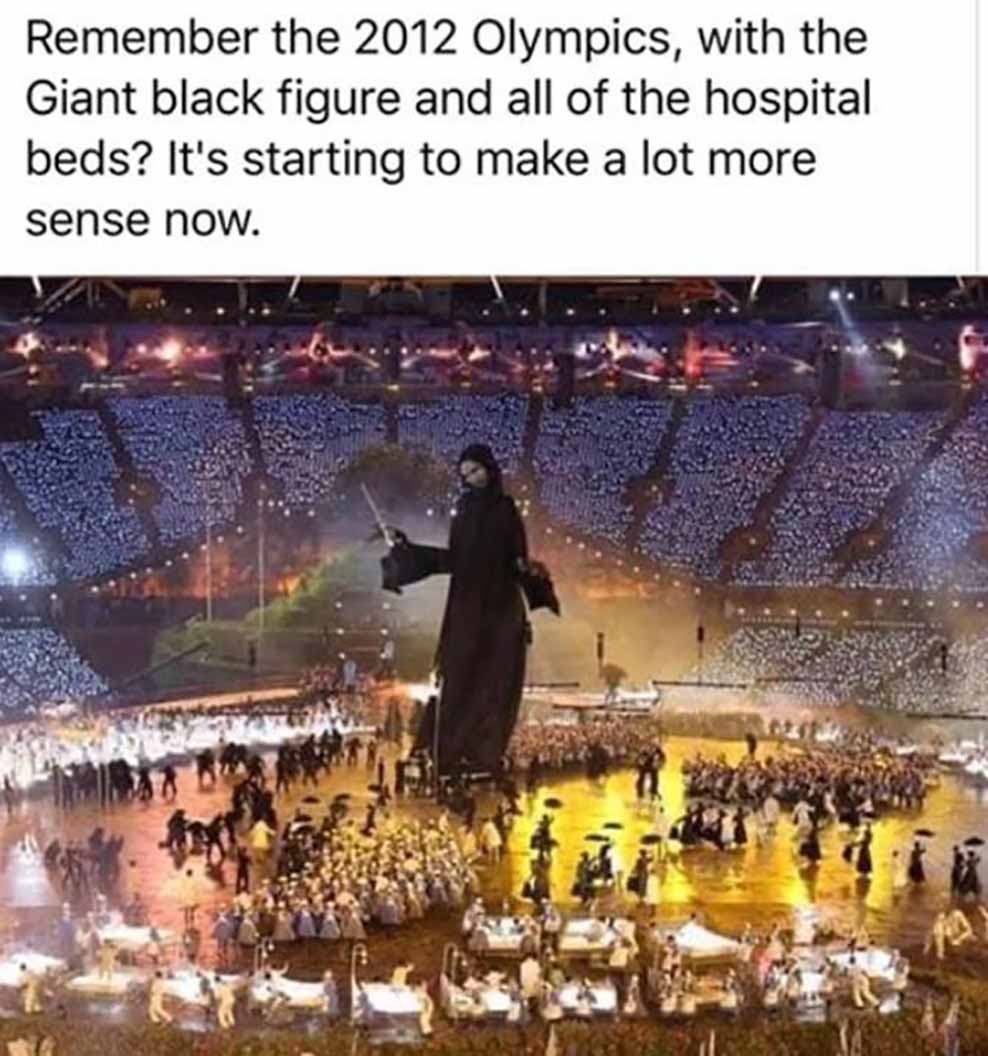 Kebu shows off his Roland synth collection. In this part, Kebu presents his JD-XA, SE-02 and FANTOM. In the end of the video, Kebu gives a jam with the three synths, controlled and clocked from the FANTOM.

Is Elon Musk a champion of free speech, or a globalist in disguise? Is his latest move to buy Twitter a step towards freedom, or has he pulled the rug out from under Trump’s Truth Social at the critical moment? It smells like something fishy is going on…

END_OF_DOCUMENT_TOKEN_TO_BE_REPLACED

The Claims of Russian Genocide:

In the town of Bucha, 23 miles NW of Kiev, Ukrainian soldiers found bodies evenly spaced out on the ground with their hands tied behind their back, shot and killed. Russia claims the bodies were staged that way and killed by others to cast blame on Russia—a claim American conservatives have echoed and championed. However, there are two pieces of evidence that counter Russia’s claim of innocence. END_OF_DOCUMENT_TOKEN_TO_BE_REPLACED

…conservatives must be careful not to see Musk as some sort of ally to conservative causes. Even if Musk’s libertarian leanings are real, his personal life and conduct mirror the “libertine” side of libertarianism, and in the past this playboy has exhibited few morals. As Patrick Wood writes in part, Musk’s current love-partner is a heavily tattooed pagan who refers to herself as a “witch.” END_OF_DOCUMENT_TOKEN_TO_BE_REPLACED

Anyone who is even thinking about voting for Palin for any public office should read this book first.

If you don’t believe that Sarah Palin is a deceitful and un-Christian individual, then read this book. 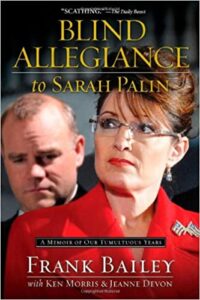 Blind Allegiance to Sarah Palin: A Memoir of Our Tumultuous Years

This explosive, up-close view of Sarah Palin comes from an inner-circle confidant who shares surprising information about how Sarah dealt with staff and perceived enemies, and the discrepancy between what she said and what she did.

Frank Bailey grew up in Kodiak, Alaska. He attended college at Capernwray Bible School in Carnforth, England as well as Moody Bible Institute in Chicago. Frank was the Palin campaign administrator for the successful 2006 primary and general election campaigns. Once elected, Frank became deputy director of the Palin/Parnell transition team and later director of the State of Alaska Office of Boards and Commissions. Frank currently lives in Anchorage with his wife Janeen and their two children. He manages their small family business and serves as the interim music director for Rabbit Creek Community Church. Frank’s passions are his children and writing music.

Frank Bailey formerly had a key role in Palin’s campaigns and while she was governor. His prior background includes two degrees from different Bible colleges. Early on Bailey tells readers that counterattacking anyone who opposed her was top priority for those working for her. Early on she came up with the ideas of preparing ghostwritten op-eds (some she wrote herself), rigged media polls, character assassinations, using ‘Fox News’ surrogates and friendly blogs, etc. His motivation for writing “Blind Allegiance” – Bailey was convinced that her priorities and personality would lead to a major disaster if elected to the presidency. Bailey also tells readers that he has no doubt desire for greater riches was the primary, possibly only cause, for Palin resigning as Alaska governor.

The thing that makes this book so intriguing, is that every claim is backed up with quotes from actual emails. It’s a very telling account of the sleaze that exists in politics. The author at least admits how he was sucked in, and allowed to forget his own morals, and embark on the path of personal destruction. The most honest account I’ve seen as Palin’s short stint as Governor of Alaska.

END_OF_DOCUMENT_TOKEN_TO_BE_REPLACED

“Everything Sarah Palin has ever touched as a politician she’s destroyed. … Her record is dismal.” – Dan Fagan on the Dan Fagan Show, 4/25/22

“In 2009 I had the sense if she made it to the White House and I had stayed silent, I could never forgive myself.”

END_OF_DOCUMENT_TOKEN_TO_BE_REPLACED

May. 25, 2011 – 9:18 – Former Sarah Palin aide Frank Bailey joins Alan to reveal what it was like to work for the former Alaskan governor

No Palin has ever denied the charges made.

Boys Will Be Boys: Media, Morality, and the Coverup of the Todd Palin Shailey Tripp Sex Scandal

by Shailey Tripp and Vickie Bottoms

Boys Will Be Boys: Media, Morality and the Cover-up of the Todd Palin Shailey Tripp Sex Scandal is the true story of how Shailey Tripp, a young single mother of two special needs children became sexually involved with Todd Palin, husband of former Alaska Governor and 2008 GOP Vice-Presidential nominee, Sarah Palin. This book explains the many factors that culminated in Shailey becoming not only the mistress of “ Alaska’s First Dude” but also a prostitute working for him which ultimately resulted in Shailey being arrested in March of 2010. However, the story doesn’t end there. After they received an anonymous email, The National Enquirer contacted Shailey regarding her relationship with Todd Palin and even ran a couple of stories about her liaison with him with several follow-up interviews scheduled. All that changed, when at the behest of the Palin’s lawyers, the Anchorage Police Department issued a press release which stated that they had found no evidence of Todd’s involvement with Shailey. From that point on, Shailey was unable to get any media, with the exception of some internet bloggers, to tell her side of things despite the fact that she had proof of her truthfulness and had passed polygraph examinations. Boys Will Be Boys tells the whole story from Shailey’s viewpoint and includes the evidence. …. END_OF_DOCUMENT_TOKEN_TO_BE_REPLACED

It’s almost as if we’re now living in Sodom or Gomorrah. The results of this Barna survey are eye-opening: Of the only “6% who possess a biblical worldview and demonstrate a consistent understanding and application of biblical principles,” 25% say there is no absolute moral truth and 20% voted for Biden.

So not even 6% of Americans are real Christians. END_OF_DOCUMENT_TOKEN_TO_BE_REPLACED

Let’s talk about the best nutrient to boost collagen. Basically, collagen is a protein that connects your body together. END_OF_DOCUMENT_TOKEN_TO_BE_REPLACED

END_OF_DOCUMENT_TOKEN_TO_BE_REPLACED

13:20 How love-of-money driven John D. Rockefeller and Dupont outlawed the extremely versatile no-THC industrial hemp along with marijuana so Henry Ford would be dependent on them for steel, rubber and fuel.

What is Hemp and will it become a huge cash-crop in CA agriculture? We explore farmers that have added hemp to their crop portfolio and the ups & downs they’re experiencing.

END_OF_DOCUMENT_TOKEN_TO_BE_REPLACED

Russian President Vladimir Putin sent a stark message to NATO nations today when the Russian Strategic Defense Forces test fired a powerful intercontinental ballistic missile known in Russia as Sarmat, and dubbed by the CIA as Satan. Meanwhile China tested a hypersonic missile too in another warning to the USA.

END_OF_DOCUMENT_TOKEN_TO_BE_REPLACED

41:25 Russia plans to take Alaska with nukes and troops. Soviet defector, Col. Stanislav Lunev told Nyquist in 1999 that shortly before his defection in 1992, the general staff had a meeting, and said the future war plan against America is still a go, but China will invade the lower-48, and Russia will invade Alaska and part of Canada.

In 2,000, the Russian Duma passed a law establishing a mechanism for governing Alaska. He thinks it was Vladimir Zhirinovsky who sponsored the law.

50 China may not invade Taiwan before the USA is taken out, so as to not poison the USA against them, like what is happening to Russia, because of the Ukraine invasion.

Most Americans don’t realize our head is in a noose.

END_OF_DOCUMENT_TOKEN_TO_BE_REPLACED

Jeff Nyquist partially explains Putin worship — many truthers seeing Putin as our savior, instead of the enemy he really is.

It’s long been hard for me to understand why so many truthers cozy up to the very man who intends to EMP and nuke us.

END_OF_DOCUMENT_TOKEN_TO_BE_REPLACED

26 Ukraine doesn’t qualify to join NATO. If it happened, it would take years. Not a justification for Putin to invade.

Contrast that with Russia: “they put everything into nuclear rockets.”

49:30 Ukrainians are passionate about being free from Moscow!

END_OF_DOCUMENT_TOKEN_TO_BE_REPLACED

KING: There is much talk about Vladimir Putin and religious faith. I’m told that you wear a cross. Is that true? Are you religious? What are your feelings in this area? END_OF_DOCUMENT_TOKEN_TO_BE_REPLACED

ESI Energy pleaded guilty to killing approximately 150 eagles since 2012 as a result of the birds getting caught in wind turbines.

In October 2010, McClatchy News Service reported that Senator Lisa Murkowski failed the Alaska Bar Exam four times, and only passed on her fifth try after receiving help from PMBR, a company that offers courses on how to pass the bar.

The story went on to report how Lisa Murkowski subsequently went to work for PMBR, helping other students struggling with the bar exam.

What the press failed to report is that the very company Lisa Murkowski received assistance from, and later worked for, was slapped with an $11.9 million judgement against them for “copyright infringement” and “unfair business practices.” In other words, they cheated. END_OF_DOCUMENT_TOKEN_TO_BE_REPLACED