Trump just said this in a live press conference, which I transcribed.

“The cure can be worse than the problem itself.” 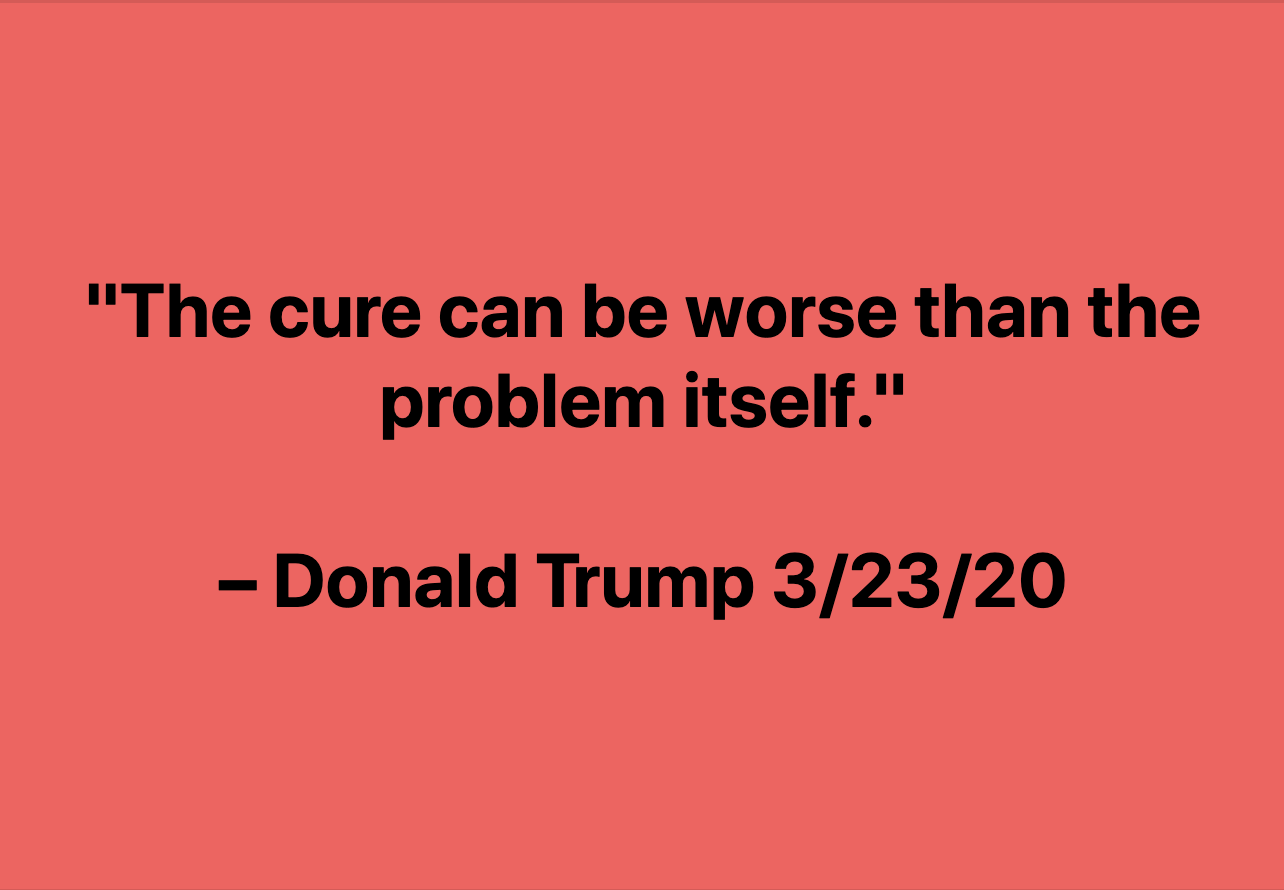 In this same press conference, our president just told how the numbers have been wrong, percentage of deaths too high (because of W.H.O. using a formula different than they use for flu). Death percentages are closer to the flu than what we’ve been told — which Ben Swann reported days ago.