In the field of psychology, the Dunning–Kruger effect is a cognitive bias in which people assess their cognitive ability as greater than it is. It is related to the cognitive bias of illusory superiority and comes from the inability of people to recognize their lack of ability. Without the self-awareness of metacognition, people cannot objectively evaluate their competence or incompetence.[1] (source)

19:25 Many truthers: “They’ll say ‘I’ve done research.’ Really what they’re doing is engaging in confirmation bias. They will only look at those video clips or those blogs or whatever that reaffirms their own confirmation bias. And if they are faced with anything that conflicts with their theory, they dismiss it outright.” “The same kind of people said the same kind of thing about Las Vegas: …nobody died.”

20:35 “I do not rule out the possibility that Sandy Hook was used in some way to further an agenda.”

38:20 Photoshopping of the Parkers’ family picture explained, showing the original photos. To get all of the children smiling and looking at the camera, the photographer used the best of two of the four images (shown at 40:03).

45:20 An example of how Robbie Parker has been harassed. 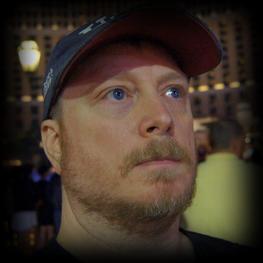 Mean-spirited internet trolls have made life horrible for the families and survivors of the Sandy Hook shooting. After years of threats and harassment, some of the families are suing conspiracy theorist Alex Jones for defamation and emotional suffering.

In this video, I will discuss the difference between free speech and defamation – as well as debunk some of the most well-known theories about the Sandy Hook event.

If you mock the families of lost loved ones in this tragedy, you will be banned from my channel. There is nothing wrong with asking questions or discussing anomalies in the case. I simply ask that you express your ideas without being cruel to innocent people. If you can’t abide by that, then you won’t be welcome on my channel. Thank-you.

The creep who is mocking Sandy Hook families:
https://www.youtube.com/watch?v=-KRBgar3mLI&t=15s