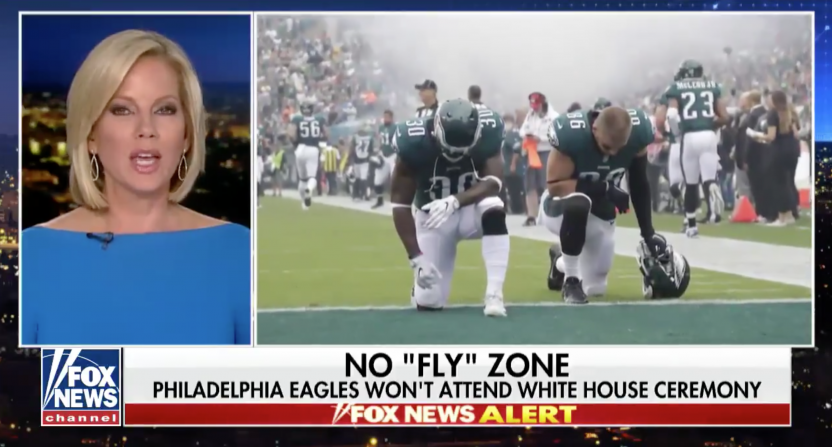 On Monday night, Fox News aired a news alert about President Trump’s withdrawal of the Philadelphia Eagles’ White House invitation that featured a pretty glaring misrepresentation. As the anchor read a statement from Trump explaining that he had canceled the team’s trip for reasons relating to national anthem protests, the screen flashed photos of Eagles players kneeling in the end zone. Except that the players in the photos were not actually demonstrating during the national anthem. They were praying, long before the game.
STORY