I remember the cold ’81-82 winter well, working the planes outside at Anchorage International in a string of below -20°F nights. One night was -33°F. But the previous winter, my first in Alaska, had a melting spell, like ours yesterday, but longer.

Anchorage’s winter temps are much warmer than interior Alaska’s because of the ocean’s warming affect. 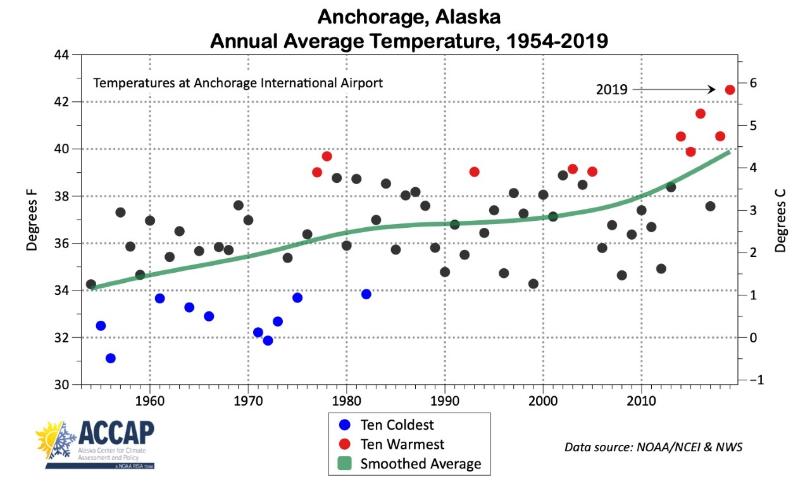 Anchorage had a record year overall, breaking the all-time record high on July 4 by hitting 90 degrees. The previous record had been 85 degrees set on June 14, 1969.