A factor not many talk about: “the love of money” incentivizing Americans to accept unconstitutional shutdowns and draconian measures that are destroying America!

Why There Is No Grassroots Demand to Reopen the Country

You know what I misjudged? I misjudged the amount of money we were giving people in COVID-19 relief legislation. It wasn’t as bad as I thought. We were paying people a significant amount of money not to work. And that’s the one thing that’s been missing in this entire shutdown even though we’ve reopened. The one thing that was missing was a national demand on the part of the American people to open it back up. That troubles me. And it troubled me when I realized it.

There isn’t, there hasn’t been a nationwide demand to reopen the country. Grassroots, I mean. And I have come to the conclusion that there will only be a grassroots push to reopen the country when people stop making more money staying at home than by going to work. I think the number I saw, two-thirds of the people receiving unemployment compensation under the COVID relief bills that are out there, two-thirds of them are making more, they’re getting more than they were earning at their jobs. 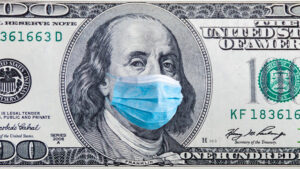 It’s not just give people enough money to keep them unemployed through November and to keep them from demanding the economy reopen. They’re trying to convince people that socialism is something that it isn’t. It’s endless money, no matter how much you need, the government will have it for you. Because at some point this is gonna all implode on itself.

At some point — I don’t know when — inflation is gonna happen and the dollar’s gonna be worth 60 cents compared to what it’s worth today. We’ve printed $6 trillion in COVID-19 relief legislation just in the past four months. There’s nothing backing it up. We just printed it. And neither party cares about it from a spending standpoint, from a responsibility standpoint. Both parties are looking at it purely from a political standpoint.