Groundbreaking, historically important discussion! Hopefully, there will be more.

NOTE: Adam tries to pull Nathanael back from his stated solution, as I point out in my comments below.

51:40 “I started off with the Jews for Jesus.” Nathanael, an ethnic Jew, started out in the evangelical group ‘Jews for Jesus’ and attended  evangelical, Messianic Jewish churches before becoming Russian Orthodox.

54:05 Important discussion about Putin, because Nathanael has done many videos painting Putin as a saint, ignoring important facts. Here, he is unwilling to even consider the truth in an article Adam shows him at 1:02:20, because the newspaper is run by the Talmudists.

1:11:05 Excellent discussion of the ‘Hollocaust!’
1:13:30 Nathanael: “I never heard of gas chambers when I was a kid. It wasn’t until the late ’60s that Hollywood, Jewish run, started putting up all of these movies about the ‘Holocaust.’ Then you had this total fraud, Elie Wiesel, he used to do these dramatizations of being in a concentration camp….

1:17:40 “If we don’t fight we’ll lose. Even if you’re scared you have to do it because it’s even scarier to not put up a fight” – Adam Green freedom quote!

1:20:30 “Jews have too much power in this country. And I think people realize it’s disproportionate. How in the world can you have on the Supreme Court four Jews [out of 9, being less than 2% of the population]? People say ‘Oh no, brother, there’s only three.’ No, no, there’s four. Sotomayor’s mother was a Jew.”

1:28:05 Adam tries to pull Nathanael back into a more loving and reasonable solution.

5-Min. Pre-show Intro Video
(was also live-streamed on YouTube before being removed) 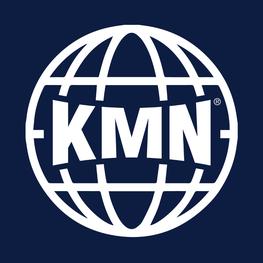