3:25 Holds pick with fingers clenched, which helps him be more relaxed.

Shoulders should be relaxed

Mute bottom string for Am

END_OF_DOCUMENT_TOKEN_TO_BE_REPLACED

Most musicians/bands play live with backing tracks. “The whole set is programmed. The drummer is playing to a click. Everybody is hearing the click in their In-Ears. They’re hearing a mix of what they’re doing, and they’re hearing all of the backing tracks, and the peddle changes are happening. … They’re not using real amplifiers.”

“So there is no variation from show to show typically, unless they reorder the set.” The light show is pre-synched.

From prog metal to metal bands, to pop acts, they all do it. A lot of the old bands don’t do it. Jeff Beck, Pearl Jam, for instance. Aerosmith does. “Most contemporary bands play with backing tracks.”

Hard not to cry during some of this. Karen’s pristinely pure voice, the harmonies, and dying so young.

Would people even be interested in music like this today? There was wholesomeness back then: white instead of dark.

What Is The Carpenters Greatest Song?

I TOTALLY agree with what Rick says here. I heard a song on the radio a few days ago, and immediately knew it was Jeff Beck on guitar. Rick is a master at explaining the technical, but doesn’t talk about the heart, where this comes from, and then the technical makes it possible.

Beck is now 78. And I don’t know what’s going on with his heart spiritually, but what comes out of him is often amazing.

How in the world do people actually claim that any of us just happened by chance, created by no one?

The death of innovation.

46:45 “Every other technology has improved the user experience except one, music. … Over a period of decades you actually make the audio quality worse….”

55:00 The less Spotify subscribers stream music the more Spotify makes. “There is a whole system out there incentivized for people to care not care much about music.” So feature and post boring, uninspiring music — the love of money factor.

56:30 Bending the note is now gone with the feeling.

END_OF_DOCUMENT_TOKEN_TO_BE_REPLACED

Kebu shows off his Roland synth collection. In this part, Kebu presents his JD-XA, SE-02 and FANTOM. In the end of the video, Kebu gives a jam with the three synths, controlled and clocked from the FANTOM.

Foo Fighter’s drummer, Taylor Hawkins, is found dead in another tragic ending for an artist connected to so much of the music that made its way out of Seattle in the 1990’s and into the mainstream. We take a look at how the grunge movement really has been devastated by the sex, drugs, and rock and roll lifestyle that it has perpetuated in the world.

NARRATOR @10:05 “When it comes to the grunge scene and so much of the music, this is the therapy of so many of these artists, when they are singing these songs after being bullied an so forth in high school, or whatever it may be, many of which became dropouts. …

They, themselves were ‘normal’ people who had their own problems and anxieties, and instead of casting them on Someone Who can truly take away those burdens and take away those anxieties, they thought that screaming and singing about them would provide for them a purpose and a hope that it simply did not provide.”

Taylor Hawkins was found with over 10 types of drugs in his system.

END_OF_DOCUMENT_TOKEN_TO_BE_REPLACED

17:20 Telecommunications act of 1996 — mega media corporations control all the media

Corporatization of all playlists — programmed by one person

END_OF_DOCUMENT_TOKEN_TO_BE_REPLACED

Amazing song critiqued and appreciated! Includes some thoughts by Seal over the phone.

I was wondering how Rick got the isolated tracks. Here he says Seal got him the stems for the song.

END_OF_DOCUMENT_TOKEN_TO_BE_REPLACED

“How much of my heart can I pour into it?”

END_OF_DOCUMENT_TOKEN_TO_BE_REPLACED

27:10 “We’re in the era of limited dynamic range. Everything is compressed to the max. …the same velocity. Vocals are all autotune, so they’re all in the grid… computerized. Everything is in the exact tempo. It never moves, has no humanity. … It’s not people playing together.”

Related: Why Today’s Music Is So BORING. The Regression of Musical Innovation

How low information music contributes to the decline of musical aptitude.

END_OF_DOCUMENT_TOKEN_TO_BE_REPLACED

interesting, instead of straight mind-control, like most of it is today.

“We formed this band, and decided it had to be original. In those days, the currency was originality. You needed to be original. These days, it’s more like you have to be ‘the same’ to fit into some market concept.”

“We decided to use European music for the influence.”

END_OF_DOCUMENT_TOKEN_TO_BE_REPLACED

I wrote this about Pete:

“Rethinking Matthew 24: “..then the end will come” — after the Pete Townshends “know?” — Millions, if not billions of people, right now, are not compelled to become Christians because of the bitter taste that professing Christians are leaving in their stomachs. People have a right to see the real thing!

END_OF_DOCUMENT_TOKEN_TO_BE_REPLACED

Maestro Levine, the longest standing director of the Metropolitan Opera was also removed from all association with the Opera due to longstanding charges of pedophilia with young boys. The Met has been suffering from declining financial support for many years and this latest problem is bound to exacerbate future contributions—in large part because “everybody knew” about Levine’s “teen boy” proclivity and yet no one at the Met would dare confront it until now.

…now the Met — the nation’s largest performing arts organization and one of the world’s most prestigious opera houses — finds itself in the position that Hollywood studios, television networks and newsrooms have confronted in recent weeks, answering questions about what it knew about allegations of sexual misconduct against one of its stars, and what actions it did and did not take.

END_OF_DOCUMENT_TOKEN_TO_BE_REPLACED

Praise God for how He made us so wonderfully, amazingly…!!!

END_OF_DOCUMENT_TOKEN_TO_BE_REPLACED

“What we found was the more a child trained on an instrument,” Hudziak told the Washington Post, “it accelerated cortical organization in attention skill, anxiety management and emotional control.” 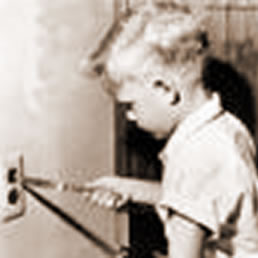 L C Vincent joins JD in the second hour to discuss in greater depth the ideas explored in his book, “The 440 Enigma”. LC guides us through a world of musical history known by very few as he traces the influence of one if the worlds most powerful families in their agenda to distort the frequencies of nature into something wholly unnatural.
L C immersed himself in the study of metaphysical pursuits and the hidden history of our world. He currently resides in Arizona, where he pursues his passions for archeology, spelunking, astronomy, media analysis, economics, and writing.
Facebook: https://www.facebook.com/The440Enigma
Listen to the 12-18-2014 Broadcast

Full documentary currently running on HDNet, which I found SHOCKING!!

“I had no idea that people didn’t play their own records until The Monkees came along.”

The Beach Boys, Elvis, Frank Sinatra, Nate King Cole and many more. Behind their success was a group of studio musicians called The Wrecking Crew.

What the Funk Brothers did for Motown… The Wrecking Crew did, only bigger, for the West Coast Sound. Six years in a row in the 1960s and early 1970s, the Grammy for “Record of the Year” went to Wrecking Crew recordings. And now, THE WRECKING CREW tells the story in pictures and that oh, so glorious sound. THE WRECKING CREW is a documentary film produced and directed by Denny Tedesco, son of legendary late Wrecking Crew guitarist Tommy Tedesco. The film tells the story of the unsung musicians that provided the backbeat, the bottom and the swinging melody that drove many of the number one hits of the 1960’s.