A report released on March 31 by the Center for Disease Control and Prevention (https:// www.cdc.gov/media/releases/2022/p0331-youth-mental-health-covid-19.html) states that according to the new data, in 2021, more than a third (37%) of high school students reported they experienced poor mental health during the COVID-19 pandemic, and 44% reported they persistently felt sad or hopeless during the past year. The new analyses also describe some of the severe challenges youth encountered during the pandemic: END_OF_DOCUMENT_TOKEN_TO_BE_REPLACED

END_OF_DOCUMENT_TOKEN_TO_BE_REPLACED

1:50 “This is a very simple solution to a very big problem. Unfortunately, a lot of kids are put on antidepressant medication, when I think they should just take some vitamin D.”

DATA: Depressed adolescents in a case-series were low in vitamin D and depression was ameliorated by vitamin D supplementation
https://pubmed.ncbi.nlm.nih.gov/22372…

A study I read recently talked about how vitamin D levels could be linked to depressed teens. A few symptoms linked to a vitamin D deficiency are sadness, hopelessness, loss of interest, loss of concentration, and even thoughts of suicide.

END_OF_DOCUMENT_TOKEN_TO_BE_REPLACED

Dr. Mark McDonald is a child and adult psychiatrist and author of his book, “United States of Fear”, that says we’ve been abusing children with the mask mandates for the last two years. All the restrictions and priming of subordination and obedience has been allowed because of our fear for COVID. None of it truly means anything about medicine and is merely a means to ensure compliance from the general public.

I started studying how mind-control works late last century, when I discovered the globalists have been using it to take down America. Child sexual abuse is a key component in mind-control, since many of those abused disassociate in order to minimize the trauma.

Many founders of psychology were abused themselves, and then became abusers, so their theories have covered up the problems more than solved them.

Psychology also never considers how demons affect people emotionally, and how demons drive all types of lust and are probably involved in all psychosis that they’re trying to say are “normal” now.

Psychology tried to downplay child sexual abuse and mind-control, inventing the false memory syndrome excuse. Talmudists need to destroy US society to bring in their NWO and “messiah.” They invented and control modern psychology.

Author Nick Bryant has been documenting how sexual abuse in America, including its use to blackmail many US politicians and famous people.

I highly recommend his video podcasts, which just started this year!

END_OF_DOCUMENT_TOKEN_TO_BE_REPLACED

Many children wait to report or never report child sexual abuse. Therefore, the numbers below likely underestimate the true impact of the problem. Although estimates vary across studies, the research shows:

Depression is not caused by a lack of serotonin, as has been taught for decades.

END_OF_DOCUMENT_TOKEN_TO_BE_REPLACED

Feeling less empathy for others

When first starting antidepressants, you may suddenly find that you don’t feel like yourself anymore. Though your depression symptoms may have improved, the overwhelming waves of gloom can sometimes be replaced by an emotional inertness in which [you] are neither able to cry nor share a real belly laugh.

If you feel this way, you are definitely not alone. In fact, there’s a term used to describe this feeling—called emotional blunting—which aptly captures the dulled emotional state many people experience while on antidepressants.

Emotional blunting means that your feelings and emotions are so dulled that you neither feel up nor down. You simply feel “blah.” People who experience emotional blunting will often report:

END_OF_DOCUMENT_TOKEN_TO_BE_REPLACED

Facial masculinity was assessed by having the faces rated by a separate sample of participants. What they found was that pill-taking women not only prefer somewhat less masculine male faces; they are also more likely to choose such men as partners.

…pill-taking women exhibit less activity in the reward centers of the brain when looking at masculine faces, but more activity in these centers in response to monetary rewards.

Is Sexy in the Eye of the Pill-Taker?

Most of us are probably aware that the birth control pill can cause women to experience “sexual side effects,” but did you know that the pill might also influence who women are attracted to? And even who they choose as partners and their likelihood of staying married? END_OF_DOCUMENT_TOKEN_TO_BE_REPLACED

Prisons and psych hospitals are filled because of.

END_OF_DOCUMENT_TOKEN_TO_BE_REPLACED

[In] a major new review of the research University College London Psychiatry Professor Joanna Moncrieff and a team of five other top European researchers found “there is no evidence of a connection between reduced serotonin levels or activity and depression.” The primary research indicates there is “no support for the hypothesis that depression is caused by lowered serotonin activity or concentrations.”

A. Loneliness is the root cause of mass formation.

B. Lack of meaning

1.  Compelling narrative — gives them something to get behind

2. False perception of issue resolution
The solidarity with the collective is much stronger than with individuals — cold toward people. Paranoia, willingness to report anyone who doesn’t comply.
Hypnotized can’t focus on reality anymore.
Now, people are even more lonely and isolated.
Prepared for the next mass formation crisis.
They have a collective, heroic battle, and don’t want to wake up.
Continual data that confirmed their narrative’s validity, and censorship of data that exposed it kept them mind-controlled.
Only about 20-30% are deeply involved. 60-70% go along.
They believe it’s their ethical duty to destroy anyone who doesn’t participate in this new solidarity.

END_OF_DOCUMENT_TOKEN_TO_BE_REPLACED

“The masses have never thirsted after truth. They turn aside from evidence that is not to their taste, preferring to deify error, if error seduce them. Whoever can supply them with illusions is easily their master; whoever attempts to destroy their illusions is always their victim. An individual in a crowd is a grain of sand amid other grains of sand, which the wind stirs up at will.” It has been more than two years since many people last felt true happiness and they are searching for ways to be happy again, no matter the cost.

States that have legalized marijuana have seen increasingly strong THC products and a rise in mental health issues among teenagers, a newly released nationwide study reports.

The Drug Free America Foundation authored the study, given first to The Center Square, which reports on “an association between adolescent cannabis use, the use of high potency cannabis products, and increased risk of psychosis.” …

Why your relatives are acting this way

Jenny Marie Hatch is a mother of five and new grandmother. She lives in Boulder, CO and writes a blog where she promotes individual health freedom and parental rights. She is also publishing daily updates about the ongoing case in Utah involving Satanic ritual abuse.

END_OF_DOCUMENT_TOKEN_TO_BE_REPLACED

Related: Second Order Thinking & Why Its Important — Ask: “And then what…?”

“So much of the left is first order thinkers — meaning they never get past step one. The goal is ‘hey, wouldn’t it be great if we were all equal?’ Therefore, they’ll print money and hand it out? They don’t get past that step. What’s the unintended consequences? What’s going to happen next? ‘Well, we don’t know. We just think this is a good social justice outcome.’ That’s the left.

It sounds good at the surface, and it completely breaks down when you move to the next step.” – Nick Begich at minute-33: END_OF_DOCUMENT_TOKEN_TO_BE_REPLACED

Second-Order Thinking And Why It Matters In Business

Second-order thinking is a means of assessing the implications of our decisions by considering future consequences. Second-order thinking is a mental model that considers all future possibilities. It encourages individuals to think outside of the box so that they can prepare for every and any eventuality. It also discourages the tendency for individuals to default to the most obvious choice.

In life and in business, it is tempting to prioritize decisions with small upside that provide instant gratification. This is often referred to as first-order thinking, which is simplistic and superficial by nature. First-order thinking does not consider the negative ramifications of a decision in the future.;…

Second-order thinking is a mental model that allows individuals to travel beyond their comfort zones and objectively analyze the consequences of future decisions. END_OF_DOCUMENT_TOKEN_TO_BE_REPLACED

This book is witchcraft! His so called Body Practice instructs you to “call up your dead ancestors!”
On page 53, Mencken leads you to call up your dead ancestors. No different than going to a seance or playing with a Ouija board! Pure witchcraft and unlike the 2 prior things I mentioned, he isn’t brave enough to call it what it is. He tries to trick you into it. END_OF_DOCUMENT_TOKEN_TO_BE_REPLACED Jeff Nyquist partially explains Putin worship — many truthers seeing Putin as our savior, instead of the enemy he really is.

It’s long been hard for me to understand why so many truthers cozy up to the very man who intends to EMP and nuke us.

END_OF_DOCUMENT_TOKEN_TO_BE_REPLACED

Foo Fighter’s drummer, Taylor Hawkins, is found dead in another tragic ending for an artist connected to so much of the music that made its way out of Seattle in the 1990’s and into the mainstream. We take a look at how the grunge movement really has been devastated by the sex, drugs, and rock and roll lifestyle that it has perpetuated in the world.

NARRATOR @10:05 “When it comes to the grunge scene and so much of the music, this is the therapy of so many of these artists, when they are singing these songs after being bullied an so forth in high school, or whatever it may be, many of which became dropouts. …

They, themselves were ‘normal’ people who had their own problems and anxieties, and instead of casting them on Someone Who can truly take away those burdens and take away those anxieties, they thought that screaming and singing about them would provide for them a purpose and a hope that it simply did not provide.”

Taylor Hawkins was found with over 10 types of drugs in his system.

END_OF_DOCUMENT_TOKEN_TO_BE_REPLACED

6:05 “Lack of empathy is the key to psychopathy. … When people say ‘they’d never do that.’ No, you wouldn’t do that; they would love it.”

51:50 “The population in large number is being turned psychopathic.”

END_OF_DOCUMENT_TOKEN_TO_BE_REPLACED

“an entire generation of women was prescribed birth control from the age of 14 for acne and irregular periods and now that same generation is dealing with PCOS, hormonal imbalances, depression, and infertility”

This tweet went viral, and in this podcast episode, we’re going to discuss women’s personal stories with birth control, doctors’ responses to this tweet, as well as some hard facts about BC and the big farma industry.

END_OF_DOCUMENT_TOKEN_TO_BE_REPLACED

Penny is a school teacher who was diagnosed with severe depression about 25 years ago. She’s been “hospitalized in a mental hospital.” She’s taken anti-depressants, some of which made her depression worse, and made her more suicidal, one of the side effects. So she decided to go the natural route.

She learned how to be functionally depressed, so she wouldn’t end up homeless. “So it was imperative that I got up and showed up every day; even though, it was the last thing I wanted to do. In public, I was functional; in private, I cried rivers of tears.”

“It was the only thing that I changed in my life at the height of a pandemic, at the height of me wanting to quit my job…. It was the only thing I changed that could have made that difference in my life. … It’s the vitamin D. I am fine, I am fine. I am not depressed anymore. I can say that. I’ll never stop taking vitamin D.” – Minute-8:20 in the video 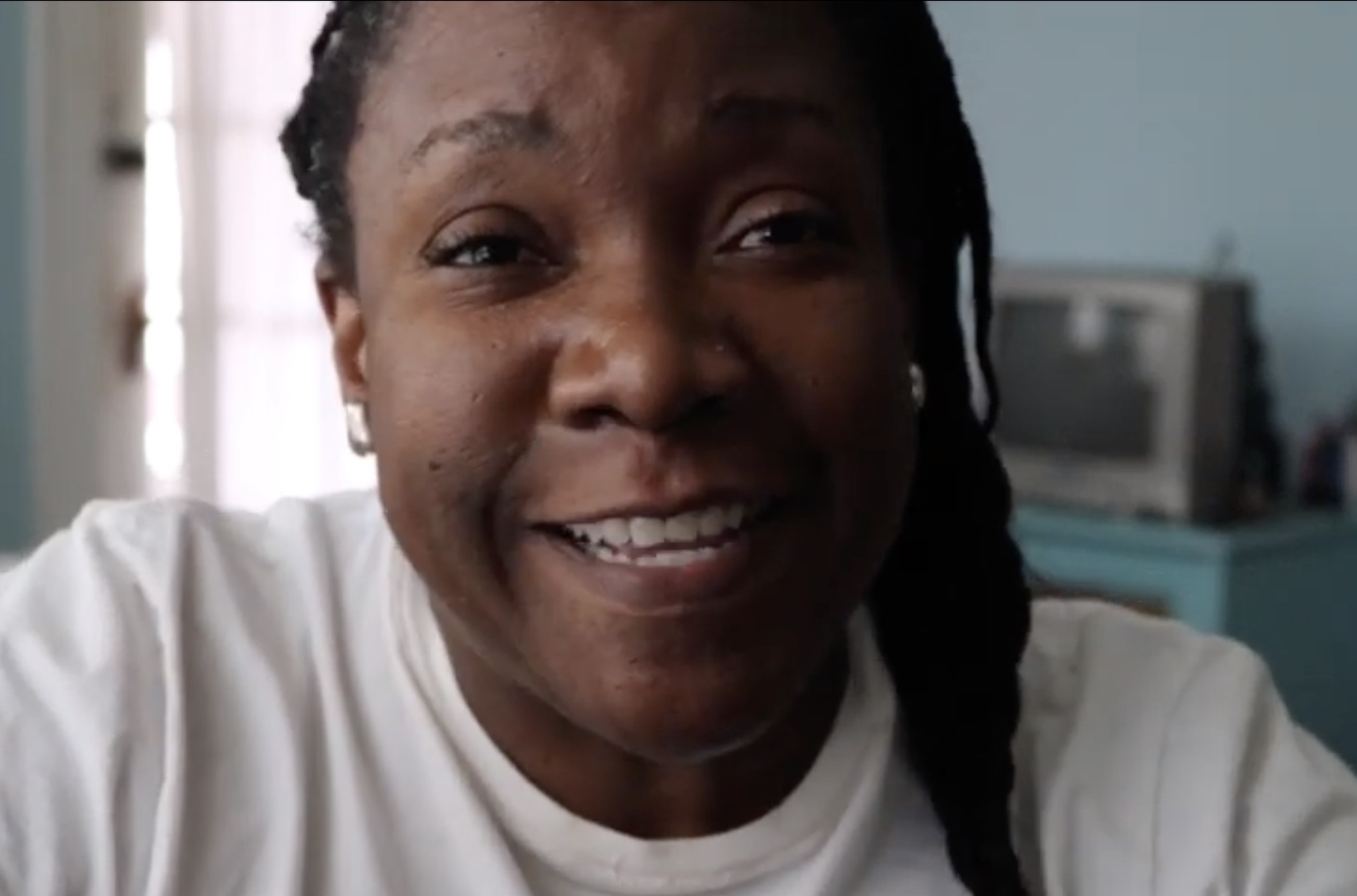 “I am happy. I am cured of my depression.” END_OF_DOCUMENT_TOKEN_TO_BE_REPLACED