Joel Skousen joins The Alex Jones Show to break down how the Q phenomenon will get the freedom movement blackballed.

END_OF_DOCUMENT_TOKEN_TO_BE_REPLACED

I don’t know if there is anything to this, but this is the ‘My Pillow’ guy, who seems to be a man of integrity. We’ll know soon.

“I believe Trump’s lawyers have sabotaged his legal case against fraud.”

“He [Trump] continues to prepare for a war with Iran even though Iran is not the biggest sponsor of terror in the world. The U.S. deeps state is. He killed General Soleimani… [who] was the biggest sponsor of the fighting forces in Iraq and Iran, that were fighting US backed terror in Syria, including ISIS, and was responsible for the defeat of ISIS.”

Omnibus spending bills should be banned, to be replaced by separate bills, so the bad things don’t continually get passed.

Biden will probably move slowly enough to avoid civil unrest in the near future, especially if Republicans don’t lose control of the Senate. “They want to be able to boil the frog a little faster, but still slow enough so it doesn’t gain resistance.”

“I don’t believe we’ll ever win another election again, because the Dominion voting machines won’t be removed.”

21:45 “When war comes toward the end of this decade with Russia and China, preceded by an EMP strike, there will be no electricity for a year and a half.” The large transformers are all built in China. “If they [government] did only one thing and spent a billion dollars and stockpiled all the transformers they need, and shield them electronically…, they could get back up and running [interrupted by Alex].” “Remember, that EMP strike will be followed 15 minutes later by a physical strike on US military forces.”

“This Covid thing is dividing the world between those who see and those who are blind, and unfortunately, I’m very, very sad to say that the majority of Americans are blind to this obvious conspiracy.”

END_OF_DOCUMENT_TOKEN_TO_BE_REPLACED

This is my annual Big Picture Brief focusing not only on the significant happenings of the past year but also the persistent long-term threats that are still looming, which we tend to lose sight of, especially when buried by all the media hype promoting this never-ending false pandemic. This constant diversion of our attention is purposeful and meant to ensure we are unprepared for what is coming, and totally dependent on the more ruthless forms of martial law and emergency orders that will sweep aside what is left our liberties by the time WWIII descends upon this nation. We are now being totally conditioned to allow our personal liberty to be overridden by petty medical tyrants, someday to be replaced by wartime military and then civilian dictators. The year 2020 will go down as the year in which the vast majority of Americans gave up their liberty without a fight, having been tricked into thinking they were “all in this together,” dawning worthless masks, begging for bailouts, and acting more like lemmings going over the cliff that than sovereign individuals with fundamental rights worth fighting for. In short, we have now crossed the point of no return where conservatives will never win another national election again. Election fraud has now put us in a permanent minority position, which in a winner-take all system of democracy doesn’t bode well for restoring the Republic. END_OF_DOCUMENT_TOKEN_TO_BE_REPLACED

– The Coming Certification of Electors on January 6: END_OF_DOCUMENT_TOKEN_TO_BE_REPLACED

END_OF_DOCUMENT_TOKEN_TO_BE_REPLACED

14 succinct and important minutes that most haven’t seen!

Media censorship is now worse than in communist countries, where they all know they’re being heavily censored.

Strangely, less than 5 minutes of the speech is on Trump’s YouTube channel.

END_OF_DOCUMENT_TOKEN_TO_BE_REPLACED 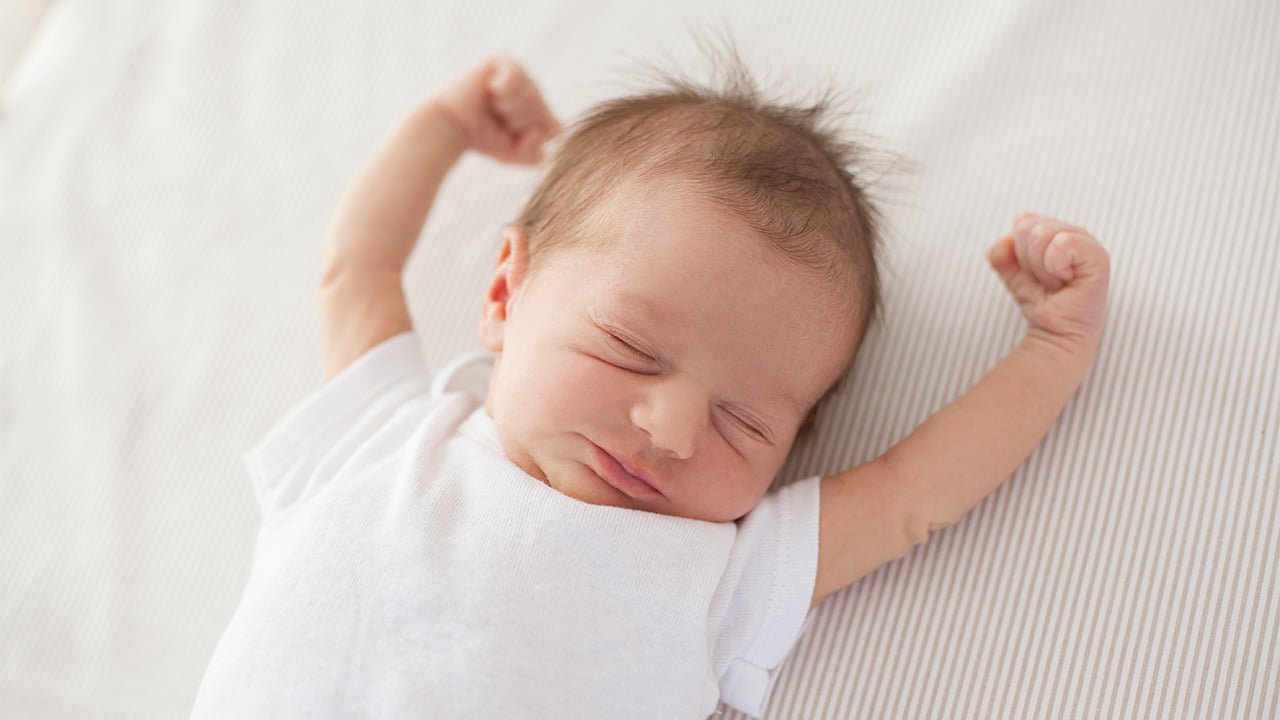 “How are you gonna keep it from us being able to be in a position where you can manipulate the machines, manipulate the records?… I think we should pass a federal law mandating that the same machines with paper trails be mandatory for every federal election”

END_OF_DOCUMENT_TOKEN_TO_BE_REPLACED

Rand says the election was stolen in both videos.

END_OF_DOCUMENT_TOKEN_TO_BE_REPLACED

“Free speech is actually pretty dangerous. It can lead to things like freedom, fair elections and empowerment. So we’ve transformed how we run social media….”

END_OF_DOCUMENT_TOKEN_TO_BE_REPLACED

10:45 WordPress deleted a guy’s entire website because he told the truth about the election.

END_OF_DOCUMENT_TOKEN_TO_BE_REPLACED

114:10 “The more vaccines you take, the higher probability of immune system damage.”

116:00 They’re producing the next pandemic in a lab as we speak. Bill Gates predicts the next pandemic will be much worse than this one. “Eventually, it’s going to get to be really deadly even to normal people.” END_OF_DOCUMENT_TOKEN_TO_BE_REPLACED

END_OF_DOCUMENT_TOKEN_TO_BE_REPLACED

CNN’s BOMBSHELL report on Dominion Smartmatic software back when they had no vested interest to lie like they do now. “Chavez was losing on election night & used Smartmatic to switch votes & won the next day” — just like Biden!

Google runs this deceptive notice under the video. The media doesn’t officially call any elections.

The AP has called the Presidential race for Joe Biden. See more on Google.

END_OF_DOCUMENT_TOKEN_TO_BE_REPLACED

Lt. Gen. Tom McInerny on the morning of election day, before any results were announced:

“They are looking around and trying to set up this voting thing that happens on Tuesday night. It’s going to look good for President Trump, but they’re going to change it. And that’s the danger that America and everybody must realize.”

This is the video that I posted earlier on twitter and they removed. Then the video streaming service removed it. But I have the raw footage so here it is.

This originally ran on Nov 3 on @RealAmericasVoice.

This explains why they let Joe sit in his basement.

Gen. McIrnerny also says in this interview that this software “is active tonight.”

“This video is a segment of the Lou Dobbs show in which Signey Powell exposes one of the primary ways this election is being stolen!”

END_OF_DOCUMENT_TOKEN_TO_BE_REPLACED

McInerney explained 2 days before the election:

…after the closing of polls in Pennsylvania and other swing states, the voting machines will be intercepted and then altered using complex algorithms to alter the votes in a way that evades detection, handing a victory to the pre-designated “winner” (Joe Biden).

Lt Gen. Tom McInerny (Ret) gave an interview with Dave Jandy on two voter manipulation software suites the Deep State got from the CIA, called Operations Hammer and Scorecard. His interview got banned by Youtube, but not on the link above. Skip the intro in the link above and go to minute 7 to start. [OR LISTEN HERE]

Gen. McInerny is not a plant in the movement. He correctly assessed that Obama was not eligible to be president, and that Sen. John McCain had succumbed to torture in Vietnam (why the others called him “songbird”). He used to be a regular guest on Fox News on military issues, but after his remarks against McCain he was banned from Fox—a badge of honor, indeed.

He tells Janda that the Democrats have been colluding with the CIA to launch intelligence operation that alter voting machine results. He doesn’t seem to be up to speed about the Deep State, which actually does these things on behalf of the Democrats, but he wouldn’t know these code names if he didn’t have access to some high level operations, after retiring. Here is part of the transcript of what he says in the interview:

This covert technology is called Operation Scorecard, and it was built by the CIA to surreptitiously steal elections in targeted countries. Now that technology is being turned against the United States of America and is about to be activated on Tuesday to steal the election for Biden, explains Janda’s guest.

As McInerney explains in the video, after the closing of polls in Pennsylvania and other swing states, the voting machines will be intercepted and then altered using complex algorithms to alter the votes in a way that evades detection, handing a victory to the pre-designated “winner” (Joe Biden). END_OF_DOCUMENT_TOKEN_TO_BE_REPLACED

**BANNED on YouTube**… [Audio Only]… Recorded a couple of days before the election, Dave Janda talks with former high-level intelligence officer, 3-star Lt. Gen. Tom McInerney, who indirectly confirms the high crimes committed in the 2020 Election by revealing their genesis was a conspiracy between Obama, John Brennan, James Comey and Robert Mueller.

Article mentioned in the interview:

Biden Using SCORECARD and THE HAMMER To Steal Another U.S. Presidential Election — Just Like Obama And Biden Did In 2012 – The American Report – October 31, 2020

END_OF_DOCUMENT_TOKEN_TO_BE_REPLACED

Biden: “We put together, I think, the most extensive voter fraud organization in the history of American politics.” 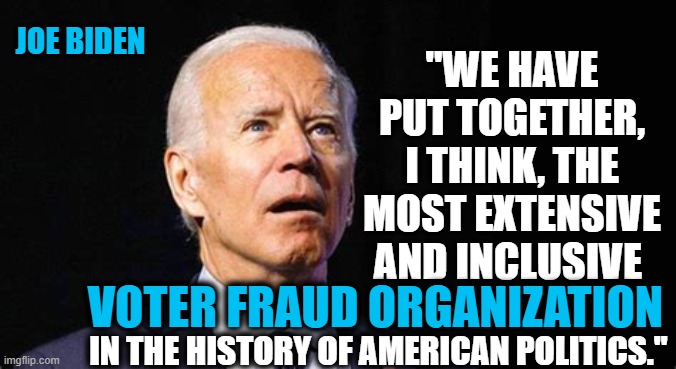