END_OF_DOCUMENT_TOKEN_TO_BE_REPLACED

A federal judge in Pittsburgh on Monday ruled that orders issued by Gov. Tom Wolf restricting the size of gatherings and closing nonessential businesses to protect against the spread of covid-19 were unconstitutional. …

U.S. District Judge William S. Stickman IV wrote in his 66-page opinion that, even though the actions taken in the spring by Wolf and Health Secretary Rachel Levine were laudable, they violated the First Amendment right to freedom of assembly, and the Due Process and Equal Protection clauses of the 14th Amendment.

END_OF_DOCUMENT_TOKEN_TO_BE_REPLACED

AMAZING Google whistleblower: massive censorship coming pre-election to create massive outcome doubt. 70% of his coworkers were Chinese nationalists who would be deported back to China if they don’t subvert the US. Use safer platforms, especially Telegram and Signal; also Gab and Parler (not quite as good).

ProtonMail has end-to-end encryption when talking with another ProtonMail user.

END_OF_DOCUMENT_TOKEN_TO_BE_REPLACED

AwakenWithJP
“Speech censoring is becoming frighteningly common. What is really going on and what can you do? Here’s my in depth interview with, Brian Rose of London Real, the man leading the charge!

END_OF_DOCUMENT_TOKEN_TO_BE_REPLACED

She is amazing! On fire here! 1st Amendment truth!

Notice: the flu vaccine in the past three years combined has only prevented 10% of the flu deaths.

END_OF_DOCUMENT_TOKEN_TO_BE_REPLACED

Good to hear, and that one pastor in CA already has tried to do the right thing, obeying God instead of man, like Rodney Howard-Browne did, defending the Constitution, which couldn’t be more clear.

More than 1,200 pastors have vowed to hold in-person services on May 31, Pentecost Sunday, defying a state moratorium on religious gatherings that Gov. Gavin Newsom imposed to slow the spread of the novel coronavirus. END_OF_DOCUMENT_TOKEN_TO_BE_REPLACED

“There is therefore now no condemnation to those who are IN CHRIST Jesus, who don’t WALK according to the flesh, but ACCORDING TO THE SPIRIT” – Romans 8:1.

END_OF_DOCUMENT_TOKEN_TO_BE_REPLACED

“We will see eventually that this government’s imposed cure is going to be  as the disease itself.”

Dr. Jeffrey I. Barke, MD, a family practice physician based in Newport Beach, CA speaks out on the COVID-19 madness gripping the country during a rally in Riverside, CA. This doctor represents thousands like him that are being systematically silenced by Big Tech, MSM, and government “experts”. Main points made by the doctor are as follows:

-Quarantining the healthy does not save lives
-Face masks are not effective
-Never in our history have we quarantined the healthy
-The U.S. Constitution was not designed to restrain the people but rather the government
-Governor Newsom has stepped on our freedoms
-The fatality rate of COVID-19 is in the ballpark of a bad seasonal flu
-We get over this virus by achieving herd immunity
-We can never achieve herd immunity by keeping the herd quarantined
-It’s time we allow the young and healthy to open the doors and get back to work

“Paul said, in the face of a brutal government, to obey. He didn’t say obey if your rights are recognized, he said obey.” 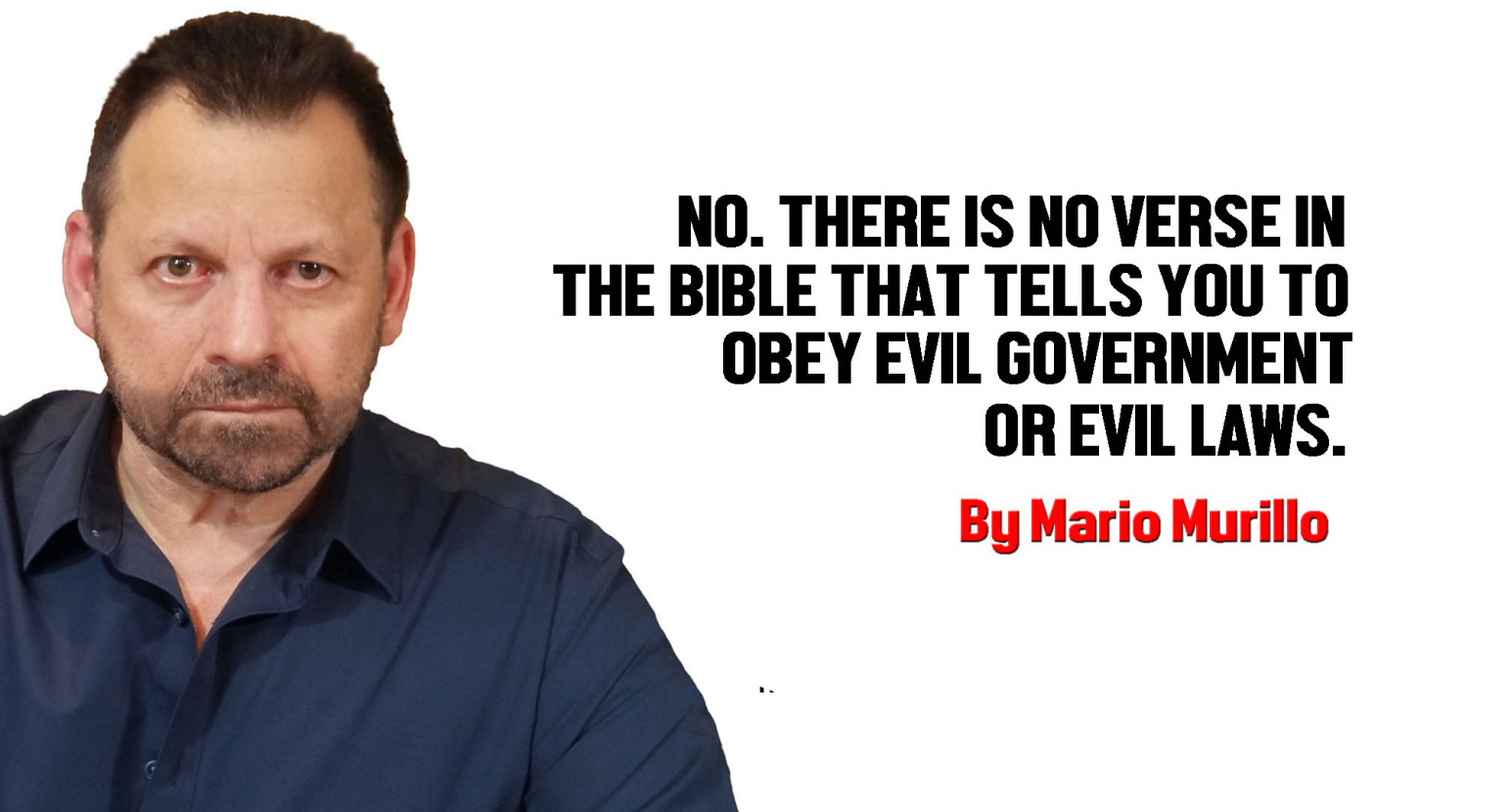 Churches Refuse to Cower Before Caesar; Court Victory in Kentucky

“She was not convicted of violating Governor Abbott’s guidelines, because they’re just guidelines. They don’t have the force of law. … The judge has no more authority to close her business than the governor does. Neither of them do. Shelley is an American hero for refusing to bend the knee to the two bit hack in a political black robe….”

Governors and mayors across the nation have claimed that their emergency powers allow them to ban large groups during the coronavirus pandemic. They don’t want groups gathering in malls, movie theaters or even churches, despite the constitutional protection of religious rights.

Now one official is moving into extreme territory, demanding churches provide him with the names, addresses and telephone numbers of anyone who shows up to worship.

The move by Quinton Lucas, the mayor of Kansas City, Missouri, already is attracting the attention of Liberty Counsel, which has been defending churches amid the coronavirus lockdowns.

Liberty Counsel founder Mat Staver noted Kansas City is requiring that churches “submit list of members and attendees along with their names, addresses and telephone numbers to city officials for tracking and surveillance purposes.“

“I am running out of adjectives to describe how completely insane the tyrannical abuses launched by state governors and local officials against pastors and churches are becoming,” he said in his newsletter. “It is as if these leaders never bothered to so much as glance at the Constitution they swore to uphold and defend. They seem to be governing from some make-believe, dystopian viewpoint.”

He said the order also applies to businesses, but that doesn’t make it any more constitutional.

END_OF_DOCUMENT_TOKEN_TO_BE_REPLACED

One of the core purposes of the First Amendment is to allow people, regardless of their views, to hold the government accountable through expression. So, if your elected representative has an official Facebook page where she invites comments, can she block you from commenting because you criticize her work?

According to a federal appeals court, the answer is a resounding no.

On Monday, the Fourth Circuit Court of Appeals ruled that the interactive portion of a public official’s Facebook page is a “public forum,” so an official cannot block people from it because of the opinions they hold.

END_OF_DOCUMENT_TOKEN_TO_BE_REPLACED

Quotes I transcribed from this interview:

“People have given up their freedoms for fear.”

“If we have a second wave, it’s because we’ve sheltered in place.”

“This is crushing Americans, and is stomping on our freedoms.”

END_OF_DOCUMENT_TOKEN_TO_BE_REPLACED

At 14:15, mother handcuffed for taking her children to the park!

END_OF_DOCUMENT_TOKEN_TO_BE_REPLACED

Mendocino County in Northern California is restricting churches from streaming worship singing and the playing of wind instruments in online church services unless the worship originates from individual residences. END_OF_DOCUMENT_TOKEN_TO_BE_REPLACED

“Your analysis of Governor Whitmer could apply to nearly all the remaining 49 governors who assume that they have the power to crush individual liberties, violate the Constitution, and write laws,” Napolitano told Carlson. …

“We are witnessing the slow death, the death in slow motion of civil liberties.”

“There would have to be a rational basis to articulate it, but when the executive branch takes upon itself the role of not just enforcing the law, but of making up new ones and in the process crushes basic fundamental liberties like the right to travel and the right to worship — never mind on Easter Sunday but — any time you want to worship — we are witnessing the slow death, the death in slow motion of civil liberties,” Napolitano warned.

“These governors, these petty tyrants, will use this power again and again until some courageous federal court or an outraged public stops them,” he added. …

In a Fox News op-ed last week, Napolitano accused some state and local leaders, “particularly in the Northeast and the West Coast,” of handing down “decrees that are as profoundly unconstitutional as Lincoln’s efforts to silence dissent [during the Civil War].”

Napolitano said he hoped more people would understand that that “basic human liberties” can’t be revoked “by the command of governor or mayor” and be outraged by what is going on.

“Hopefully, it will be outrage stirred up by the type of reporting that you and some of our colleagues have begun to be doing,” he told Carlson.  “Basic human liberties are guaranteed in the Constitution. They can’t even be taken away by the vote of the legislature, much less the command of a governor or a mayor.”

“These executive orders look like orders and sound like orders. They are just guidelines,” Napolitano added. ” … There cannot be a criminal sanction because they are at their root just the whim of those in power intended to enhance their power, but they are not valid expressions of constitutional documents.”

Joining a lawsuit by a Baptist church, the U.S. Justice Department is warning officials in Greenville, Mississippi, they must recognize “there is no pandemic exception to the fundamental liberties the Constitution safeguards” in their response to the coronavirus.

“Individual rights secured by the Constitution do not disappear during a public health crisis,” the DOJ said in a brief filed in a case brought by Temple Baptist Church against the city. END_OF_DOCUMENT_TOKEN_TO_BE_REPLACED

WASHINGTON, D.C.—According to sources at the National Archives, doctors rushed the United States Constitution to the hospital and were forced to hook the document up to a ventilator after it began having trouble breathing Sunday afternoon.

The document reportedly slipped into a coma en route to the emergency room and was in critical condition for many hours. Doctors confirmed the worst: the founding document of our nation was infected with the novel coronavirus. Finally, surrounded by one or two mourners, as most people in Washington abandoned it a long time ago, it slipped away Sunday night.

“Between both political parties constantly trampling all over the Bill of Rights and stretching and distorting the Constitution for political gain whenever it’s convenient, I just don’t know how much more abuse it could have taken,” said one doctor as he pronounced the Constitution’s time of death: 20:20, ironically.

The 232-year-old Constitution has had its share of health scares, nearly being killed in the 1860s, the 1930s and 40s, and the early 2000s, but medical experts say this last crisis was just more than it could take.

“It had many underlying conditions, of course, already being incredibly sick with Obamacare, Obergefell, Roe v Wade, the Patriot Act, and many more diseases,” said the doctor. “But it’s still sad to see this old boy pass on.”

The Constitution’s close relatives, including the Declaration of Independence, simply asked for Americans to send “thoughts and prayers” during this time of mourning.

“What does our future look like, and how many rights are we allowing to be taken from us?”

END_OF_DOCUMENT_TOKEN_TO_BE_REPLACED

Rodney Howard-Browne: “This whole stand was about the 1st Amendment. If America falls, the whole world will fall under global tyranny”

Despite national media pressure to close down houses of worship, Republican Florida Governor Ron DeSantis has refused to cave, overruling some counties within his state and designating churches, synagogues, and mosques as so-called “essential.”

The Republican governor imposed a statewide stay-at-home order on Wednesday as a precaution against the novel coronavirus, or COVID-19, carving out exceptions for “essential” businesses and activities.

The house of worship carveout comes on the heels of the arrest of Revival International Ministries pastor Rodney Howard-Browne, who held two large, in-person services….

Other states, however, like Michigan, New Mexico, Delaware, Ohio, Texas, and West Virginia, have also allowed “some exemption” for religious services, The Hill noted. END_OF_DOCUMENT_TOKEN_TO_BE_REPLACED

KrisAnne Hall’s friend Debby, a grandma standing up for liberty during the unconstitutional coronavirus lockdown, mentioned at minute-10:30 here: 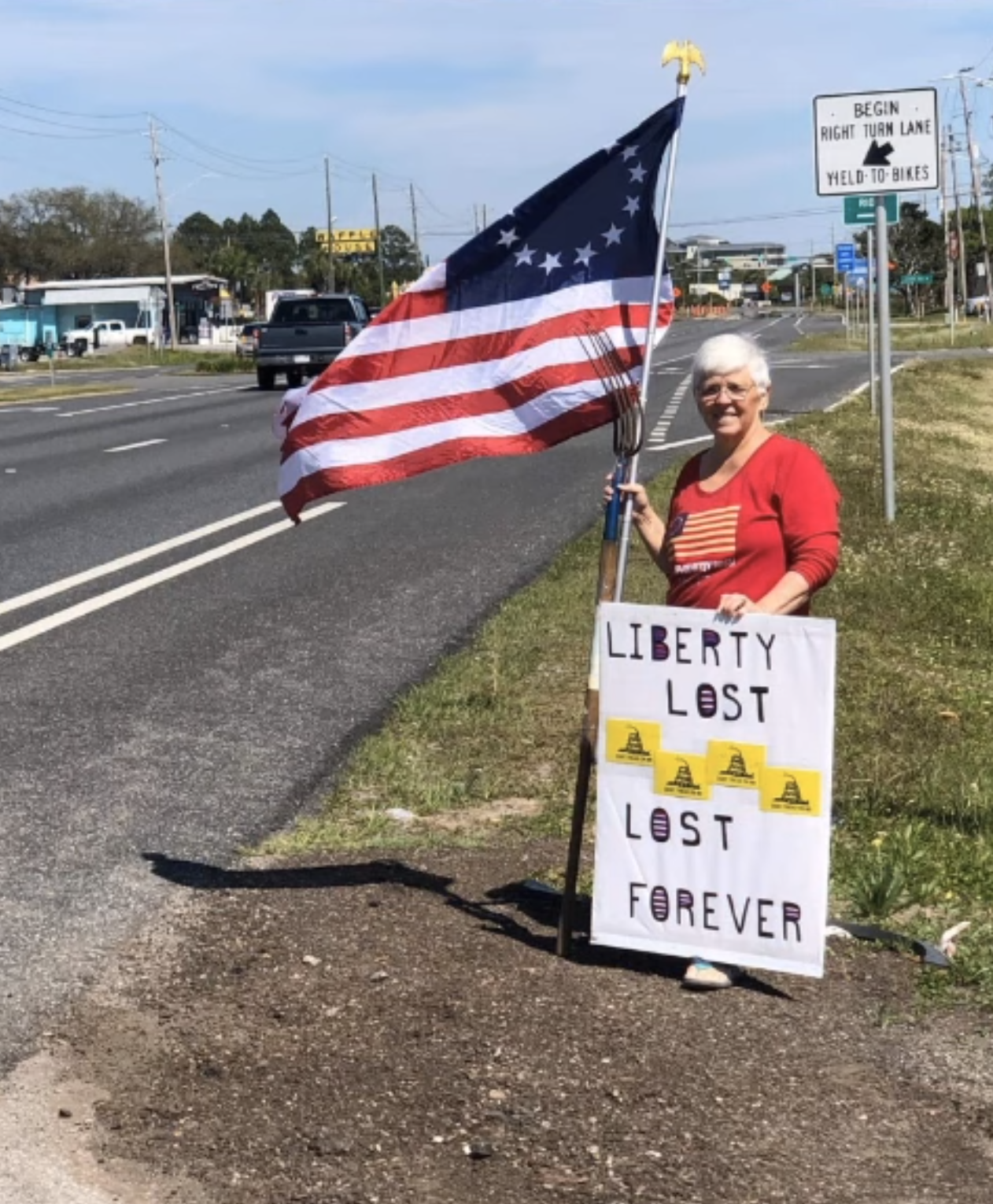 “This whole stand was about the 1st Amendment. … This is the last stand for freedom on the planet. If America falls, the whole world will fall under global tyranny.”

“The Republic is in a crisis. The light of liberty is flickering. It’s like any little wind can blow it out. And when it blows out, it’s gone forever.”