One Nation Under Blackmail: The Sordid Union Between Intelligence and Crime that Gave Rise to Jeffrey Epstein: Volume I, Volume II

Whitney Webb of UnlimitedHangout.com joins James once again, this time to discuss her new, epic, 900-page, two-volume tour de force, One Nation Under Blackmail. In this conversation, Webb and Corbett dive into the sordid tale of Epstein and his compatriots and begin to unravel the incredibly complex web of the intelligence/organized crime/blackmail syndicate.

END_OF_DOCUMENT_TOKEN_TO_BE_REPLACED

“The people that did this had no ethical boundaries. This is what saddens me about Israel. Israel started out as a nice, socialist home for Jews that were persecuted in Europe and other countries. Then as time passed, it became something else.” – Ari Ben-Menashe

1:00:55 “So essentially, we have to be governed by ethical eunuchs that will use children to blackmail people.” – Nick Bryant

END_OF_DOCUMENT_TOKEN_TO_BE_REPLACED

This episode of The Nick Bryant Podcast features Jeffrey Epstein and Ghislaine Maxwell victim/survivor Maria Farmer. Maria was assaulted by Epstein and Maxwell in 1996. And shortly thereafter, she reported them to the FBI, but the FBI ignored her information.

19:25 Allan Dershowitz  “He wrote hit pieces on me through Newsmax, which is a very nasty little rag.”

37:10 How the FBI betrayed her. The one good, female agent who tried to help is in hiding.

42 The justice department had a list of 32 Epstein victims.
Les Wexner a major player.

END_OF_DOCUMENT_TOKEN_TO_BE_REPLACED

Epstein had 11 contact numbers for Donald Trump in his Black Book, and Rodriguez circled Trump’s name. Though Bill Clinton’s name isn’t circled in the Black Book [circling names explained here], Epstein had 21 contact numbers for him. Giuffre didn’t name either Trump or Clinton as a perpetrator, but Maxwell told a 60 Minutes producer that Epstein “had tapes of Trump and Clinton.”

The Jeffrey Epstein Cover Up: Pedophilia, Lies, and Ghislaine Maxwell

Numerous procurers and perpetrators integral to Epstein and Ghislane Maxwell’s crimes against children have not been indicted, and current officials are finding new ways to obfuscate the sordid truth. END_OF_DOCUMENT_TOKEN_TO_BE_REPLACED

The Jeffrey Epstein Cover Up: Pedophilia, Lies, and Ghislaine Maxwell, by Nick Bryant [Lots of names!]

2:20 “This was a complete cover-up. What troubles me about this: I wrote a book about a very similar child traficking network that was covered up in the late ’80s and early ‘9os [The Franklin Scandal: A Story of Powerbrokers, Child Abuse & Betrayal], and I thought to myself if a network receives enough mainstream media attention we will eventually out it. I’ve felt really forlorn throughout the last couple of years because our government has covered this up in broad daylight, and Americans seem to be cool with it. … Not only Ghislaine Maxwell should have gone to prison, but all of them should have gone to prison.” – Nick Bryant

10:45 “If we allow these affluent perverts to molest our children with impunity, what does that say about us as a society? It says we’re approaching spiritual death, or maybe we’re already there.” – Nick Bryant END_OF_DOCUMENT_TOKEN_TO_BE_REPLACED

At 10:50, Jason Bermas shows the massive amount of evidence that the FBI collected, but only a tiny fraction was presented in the trial.

This was a MOSSAD blackmail operation through which many famous Americans and public officials were compromised. The amount of material confiscated was enormous: hard drives, folders, etc., but most of it wasn’t used in the trial, so the extent of the operation and the famous names were not exposed in the trial.

20 years is nothing considering what she did to children, and how she helped destroy the United States through blackmail.

Crooked, former director of the FBI James Comey’s daughter was the lead prosecutor.

END_OF_DOCUMENT_TOKEN_TO_BE_REPLACED

Being Anti-Abortion is being Antisemitic — According to Jewish law, a fetus is not considered a living being until it comes out of a woman’s uterus. By not allowing Jewish women to have abortions, you are violating her civil rights to practice her faith

Scott Kendall says here: “the Jewish faith at times actually encourages abortion up until the moment when the child takes his or her first breath.” This is because modern day Judaism considers the Talmud as higher than the Old Testament, as did the Pharisees who persecuted Jesus. And when they site the Torah as their source, that includes the Talmud, which they revere as higher than the first five books of the Bible.

By Suzanne Downing – May 4, 2022 END_OF_DOCUMENT_TOKEN_TO_BE_REPLACED

“They brainstormed what he could do about it, his deteriorating and impossible situation. It included [Steve] Bannon. He’d become a close friend, and had become an advisor to him in terms of public relations.” – Edward Jay Epstein

END_OF_DOCUMENT_TOKEN_TO_BE_REPLACED

Related: Is Trump blackmailed because of his friendship with pedophile Jeffrey Epstein?

Newly released video from inside the Epstein mansion reveals just how dark and degenerate The elite can be behind closed doors.

END_OF_DOCUMENT_TOKEN_TO_BE_REPLACED

I was age-13, and remember hearing this song played over and over on AM radio, which they did way too much. I was so glad when I found KQRS FM, a progressive rock station that would never repeat the same song in 24 hours, and would sometimes play entire sides of albums (real vinyl record LPs that real DJs played on a turntable in real time).

I now wonder what this did to America’s psyche, who heard it hundreds of times ad nauseam. I wasn’t mature enough spiritually at the time to think through the implications, being so young and not becoming a Christian until five years later.

A funeral home in Anchorage now uses it in their ad, playing the part that assures people they’re going to heaven when they die; though, this song wasn’t even written by a Christian, and may be mocking Christianity, as this writer theorizes. END_OF_DOCUMENT_TOKEN_TO_BE_REPLACED 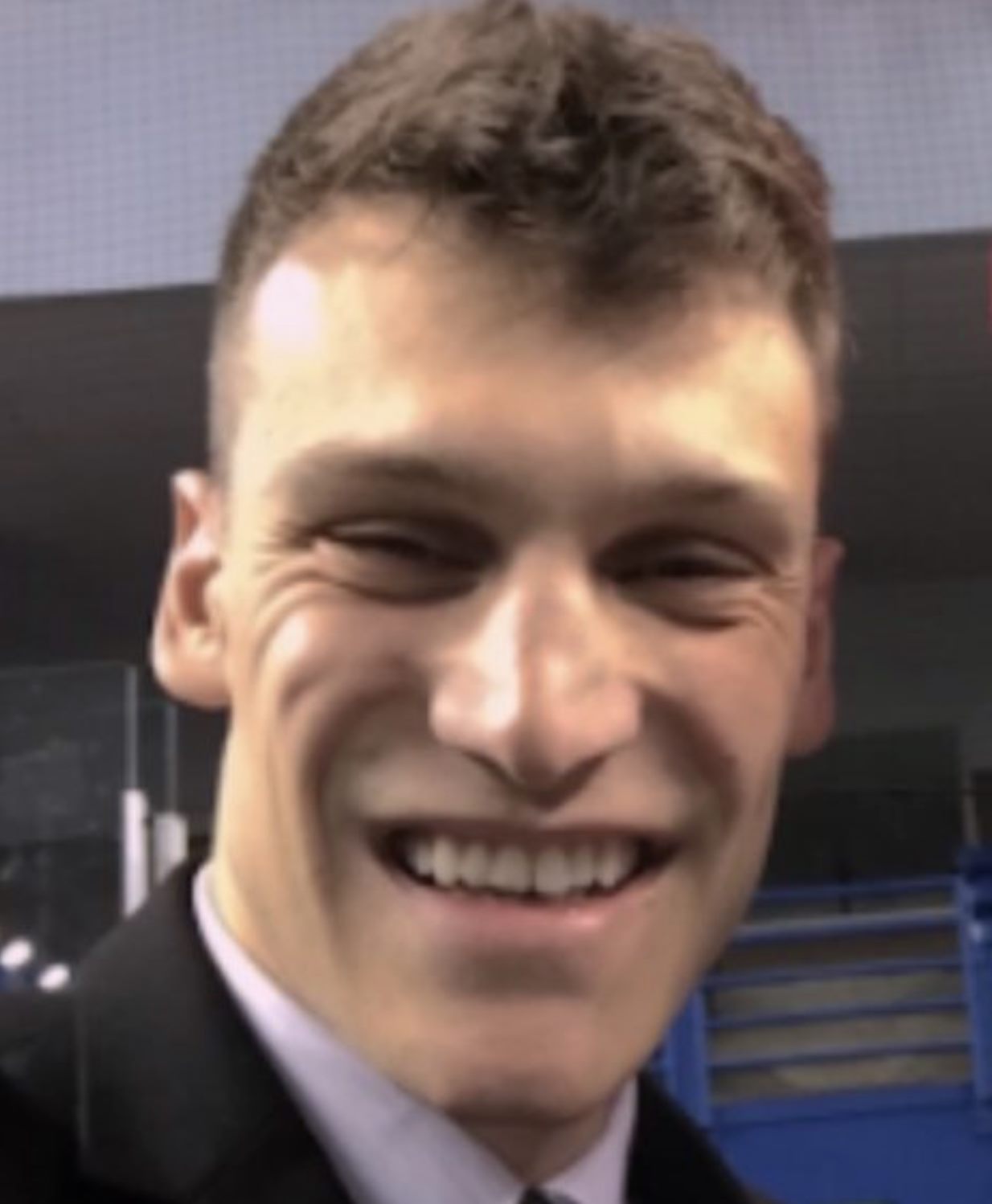 END_OF_DOCUMENT_TOKEN_TO_BE_REPLACED

We’re taking you back into history, all the way to the origins of the Cabal. Let’s start in Sumer (modern-day Iraq), where the oldest civilization on earth started. By following two major migrations (to the West and to the North), we’ll meet the Khazars and the Ashkenazi, and we’ll discover the roots of the Rothschild family. This episode takes you to the turbulent era of the Crusades, the Knights Templar, their hunger for world dominance and their link to Secret Societies, the Jesuit Order and the Freemasons. Were these really separate groups? Let’s find out in this very first episode!

If you wish to support our work, you can make a donation via our website: https://www.valcabal.nl/
Thank you!

Dana is the first openly lesbian official to be elected by Michigan for its statewide office.

END_OF_DOCUMENT_TOKEN_TO_BE_REPLACED

“Repentance is in this life. But to the unrepentant, eternal damnation is in the next.”

Dice has avoided the crucial Talmudic factor throughout, while claiming to be the conspiracy expert.

END_OF_DOCUMENT_TOKEN_TO_BE_REPLACED

From: Christians For Truth

As part of the “Taboo Talks” series presented by the San Diego Center for Jewish Culture at the Lawrence Family Jewish Community Center in San Diego on May 8, 2013, Mike Kulich, the late jewish owner of Monarchy Distributors, one of the largest pornography companies in America, candidly revealed that Jews do, in fact, control and dominate every aspect of the pornography industry: END_OF_DOCUMENT_TOKEN_TO_BE_REPLACED

END_OF_DOCUMENT_TOKEN_TO_BE_REPLACED

I frankly think that crisis initiation is really tough, and it’s very hard for me to see how the United States president can get us to war with Iran, which leads me to conclude that if in fact compromise is not coming that the traditional way of America gets to war is what would be best for US interests.

Some people might think that Mr. Roosevelt wanted to get us in to the World War two as David mentioned. You may recall we had to wait for Pearl Harbor.

Some people might think mr. Wilson wanted to get us into World War One. You may recall he had to wait for the Lusitania episode

Some people might think that Mr. Johnson wanted to send troops to Vietnam. You may recall they had to wait for the Gulf of Tonkin episode.

We didn’t go to war with Spain until the USS Maine exploded, and may I point out that Mr. Lincoln did not feel he could call off the federal army until Fort Sumter was attacked which is why he ordered the commander at Fort Sumter to do exactly that thing which the South Carolinians had said would cause an attack.

But I would just like to suggest that one can combine other means of pressure with sanctions. I mentioned that explosion on August 17th. We could step up the pressure. I mean look people, Iranian submarines periodically go down – someday one of them might not come up.

Who would know why?

We can do a variety of things if we wish to increase the pressure. I’m not advocating that but I’m just suggesting that a it’s…this is not a either-or proposition of, you know, it’s just sanctions has to succeed or other things.

We are in the game of using covert means against the Iranians. We could get nastier than that.”

END_OF_DOCUMENT_TOKEN_TO_BE_REPLACED

People need to know the truth about Barack and Michelle (‘Michael’) Obama being the first homosexual couple in the White House, who commissioned this ship. It’s not just “her” 3-head-wide shoulders, Barack calling her “Michael” in a speech, Joan Rivers’ statement before suddenly dying…. The undeniable proof was when she came out swinging on Ellen.

SAN DIEGO, December 19, 2019 (LifeSiteNews) — The U.S. Navy has begun construction on a ship that will be christened the “USNS Harvey Milk” after the murdered San Francisco Supervisor who made history in the 1970s as the California’s first openly homosexual elected official.

The man the U.S. Navy has chosen to honor was also a homosexual pederast.

Despite Milk’s reputation for sexual predation, he has been lionized by the media, by Hollywood, and multiple times by former Democrat President Barack Obama.

Harvey Milk and San Francisco Mayor George Moscone were assassinated by Dan White, a former police officer and former city supervisor, on Nov. 27, 1978. Although his homosexuality had nothing to with his murder, the implication that it did has led to Milk becoming a gay martyr, icon, and even a saint.

Omitted from most accounts of Milk’s life are his alleged sexual relationships with underage boys. …

The decision to name a ship after Harvey Milk was made by President Obama’s Secretary of the Navy Ray Mabus, who signed a Congressional notification in 2016 to commission the now-under-construction Military Sealift Command fleet oiler.

In 2009, President Obama posthumously awarded Milk with the Presidential Medal of Freedom, the nation’s highest civilian honor. In 2014, Obama again honored Milk, this time with a commemorative U.S. postage stamp bearing his image.

The University of Alaska has now proven what these audience members said here in 2007.