Biden Nominates a Woman Marxist as Controller of the Currency

Saule Omarova’s academic work: “The People’s Ledger: How to Democratize Money and Finance the Economy,” written for Vanderbilt Law Review, is of particular interest. Here, she argues all bank accounts should be in – what she terms – “FedAccounts” to be monitored by the Federal Reserve. She’s a perfect fit for the Biden administrations attempt to allow the IRS to monitor all bank accounts. Here is a complete rundown of this radical by The Organic Prepper.

The Times investigation reveals that the U.S. killed “the wrong person” in a report accompanied by security camera footage that shows the target, Zemari Ahmadi, innocently filling water canisters for his family.

Benjamin Franklin: ‘Those who give up their freedom for safety deserve neither.”

Joe Biden: “This is not about freedom; this is for your safety.” 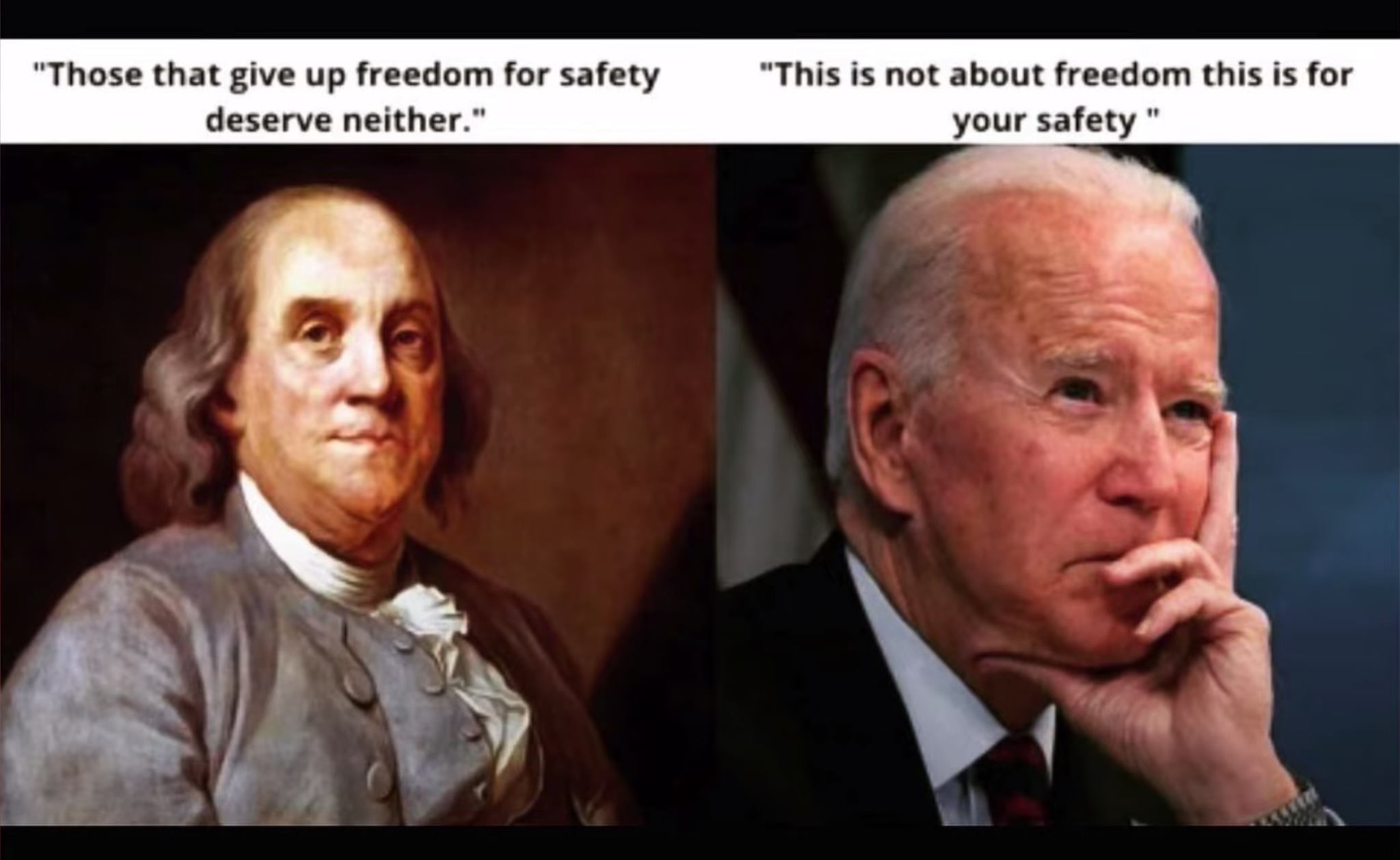 “Should we also let the king assault our wives on our wedding night because he said so?” [William Wallace in Braveheart]

“Deception for our own protection, right?” People say: “He’s violating our freedoms for our own good.”

“I remember when Benjamin Franklin said ‘Those who give up their freedom for safety deserve neither.’ And Biden said ‘This is not about freedom; this is for your safety.'”

The Biden administration issued a new order for everybody to get the shot who works in a business with more than 100 employees. This is for everyone’s safety and is based on the latest science. Obviously. Will you comply?

When a reporter asked President Biden what his message was to “platforms like Facebook” on the subject of “COVID misinformation,” the President said, “They’re killing people. The only pandemic we have is among the unvaccinated, and they’re killing people.” White House press secretary Jen Psaki admitted last Thursday that the White House is “flagging problematic posts” for Facebook to censor and added that the Biden administration is “in regular touch” with the platform to ensure that only “correct narratives” are promoted. She said, “There’s about 12 people who are producing 65 percent of anti-vaccine misinformation on social media platforms.” Since the beginning of the public health crisis, Facebook says it has removed over 18-million instances of “COVID-19 misinformation” but, apparently, that is not enough.

Missouri Senator Josh Hawley warned that big tech is “acting like arms of the government” after the White House admitted it is asking Facebook to censor anyone who posts content it deems to be “misinformation”. He said that, if the companies are taking direction from the federal government, openly coordinating censorship with them, and Big Tech carries out those instructions, then they should be regulated like public utilities. The latest development with Facebook comes on the heels of reports that the White House is trying the same thing with Twitter, and planning to work directly with cellphone network providers to ‘fact check’ private SMS messages if they contain “misinformation about vaccines.” — GEG

END_OF_DOCUMENT_TOKEN_TO_BE_REPLACED

A lawsuit was filed after Biden signed an executive order on his first day in office terminating the Keystone XL Pipeline’s construction permit, which was initially approved by Congress and signed into law by President Donald Trump. Montana Attorney General Austin Knudsen said, “The Constitution is clear that presidents do not have the power to regulate foreign and interstate commerce or to unilaterally undo an act of Congress.” He said that fallout the from the Colonial pipeline cyberattack made it very clear that we need more energy infrastructure, not less.

END_OF_DOCUMENT_TOKEN_TO_BE_REPLACED

Another great one from JP, helping people understand Biden’s deceptive press conference in a gentle way that people can swallow.

END_OF_DOCUMENT_TOKEN_TO_BE_REPLACED

“Biden eliminated Trump’s ‘remain in Mexico’ program which required asylum seekers to remain outside of the country while they waited for their claims to be heard. … It’s kind of like you said to a large group of people: ‘you are not allowed to come over to my house, but if you do, you’re welcome to stay at my house.’ And then you take your front door off the hinges.”

END_OF_DOCUMENT_TOKEN_TO_BE_REPLACED

The Times of Israel

“No group has had such an outsized influence per capita,” he said….

The media and arts were a step ahead of the public when it came to advancing gay rights, the vice president said. Public acceptance of drastic social changes took time. “It wasn’t anything we legislatively did. It was ‘Will and Grace,’ it was the social media. Literally. That’s what changed peoples’ attitudes.”

“Think behind of all that, I bet you 85 percent of those changes, whether it’s in Hollywood or social media, are a consequence of Jewish leaders in the industry,” he said. “The influence is immense.” … END_OF_DOCUMENT_TOKEN_TO_BE_REPLACED

“…what is the legal authority? … Syria is a sovereign country.” – Jen Psaki

“No president should order a military strike without fully understanding the consequences. We don’t need another war in the Middle East, but Trump’s actions toward Iran only make that more likely.” – Joe Biden

The Covid Karens — people turning on each other: “We have to have more people understand the basic concept of liberty.”

END_OF_DOCUMENT_TOKEN_TO_BE_REPLACED

It hasn’t taken long to detect the larger Biden administration agenda: reversing all of Trump’s good policies and restarting or reinforcing all past policies under Obama, etc. This week efforts were made toward cutting border security, defunding ICE, granting amnesty to illegals, allowing males claiming to be female to compete in women’s sports, banning fracking on federal lands and using tax dollars to pay for abortion in foreign countries. … END_OF_DOCUMENT_TOKEN_TO_BE_REPLACED

END_OF_DOCUMENT_TOKEN_TO_BE_REPLACED

The National Institutes of Health confirmed Tuesday that the Wuhan Institute of Virology is authorized to receive U.S. taxpayer funding for animal research through January 2024, according to the Daily Caller.

The research lab in Wuhan is suspected to have caused the COVID-19 pandemic through an accidental lab leak and has already received $600,000 in U.S. taxpayer funds between 2014 and 2019 to study bat-based coronaviruses through EcoHealth Alliance, a nonprofit organization.

EcoHealth Alliance’s research of bat-based coronaviruses in China was funded by a $3.7 million grant in 2014 from a branch of the NIH, the National Institute of Allergy and Infectious Diseases, according to the Wall Street Journal.

“I have decided not to use the term, “president Biden” whenever possible because I view him as an illegitimate holder of that office.”

President Joe Biden would sign documents to “launch a whole-of-government initiative to advance racial equity,” his transition team said in a Jan. 20 release. Equity means equality of outcome, a concept tied to the critical theories that slice up society into identity groups based on race, gender, sexual proclivities, and others, while positing which groups are oppressed and which are the oppressors, similarly to how Marxism labels people as oppressors or the oppressed based on class.

END_OF_DOCUMENT_TOKEN_TO_BE_REPLACED

They (the WHO – World Health Organization) are changing the criteria for testing positive for coronavirus, no longer is it just one positive pcr/lateral flow test and you have coronavirus and get added to the daily list, which was used up till now to scare people with the infected numbers and make them more likely to want a vaccine.

Now there are 5 or 6? conditions that need to be met in order to be counted as having coronavirus… END_OF_DOCUMENT_TOKEN_TO_BE_REPLACED

CARLSON: “It’s Joe Biden’s first day in office and you know what that means. CNN can finally take that Covid death ticker off the screen. There’s no reason for it now. It’s not like you can blame Joe Biden for some Chinese virus that escaped from a lab in Wuhan. That wouldn’t be fair. Come on, now. CNN dutifully removed it this morning. Covid deaths? Settle down, America. It’s just a bad flu season. Joe Biden apparently agrees. He and his family were photographed in Washington last night without masks. But not a big deal, explained his flak today. ‘He was celebrating a historic day in our country. We have bigger things to worry about.’ Okay, makes sense. By the way, what are those bigger things that Joe Biden is worrying about?”

END_OF_DOCUMENT_TOKEN_TO_BE_REPLACED

On his first day as president, Joe Biden mandated all shall wear face coverings when in federal buildings or facilities, or on federal lands.

Hours after signing the order, Biden was filmed at the Lincoln Memorial in Washington, D.C., without a mask.

END_OF_DOCUMENT_TOKEN_TO_BE_REPLACED 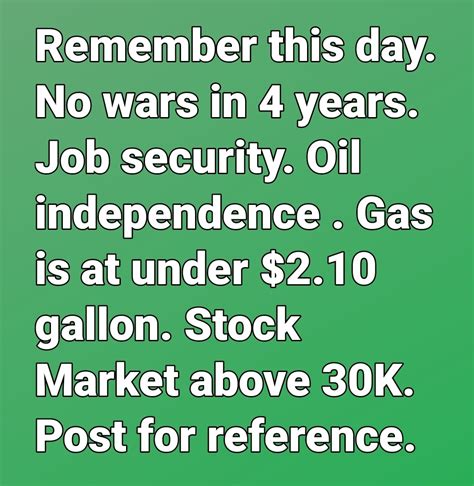