“…the freezing of bank accounts was quickly stopped after the World Economic Forum told Trudeau’s finance minister that Trudeau’s actions were threatening the implementation of the globalist agenda of implementing digital currency (as confidence in Canada’s banks plummeted with the public). Freeland complied at once.” – Joel Skousen World Affairs Brief, 2/25/22

A recent Alaska Supreme Court ruling upheld the right of the state to forcibly isolate and quarantine a Bethel man who tested positive for Covid in October of 2020.

The incident was initially covered by several local media outlets in 2020. An article in Alaska Public Media….

Alaska’s Chief Medical Officer, Dr. Anne Zink, then wrote an affidavit to the superior court in support of the order directing Danny to remain isolated for about a week, the Supreme Court ruling recounts. … END_OF_DOCUMENT_TOKEN_TO_BE_REPLACED

Project Veritas founder James O’Keefe appeared on “Hannity” for his first interview since the FBI raided his home on Saturday morning as part of a federal investigation into the missing diary of President Biden‘s daughter, Ashley Biden.

“I woke up to a pre-dawn raid,” O’Keefe told Fox News’ Sean Hannity on Monday. “Banging on my door, I went to my door to answer the door and there were ten FBI agents with a battering ram, white blinding lights, they turned me around, handcuffed me and threw me against the hallway. I was partially clothed in front of my neighbors. They confiscated my phone. They raided my apartment. On my phone were many of my reporters’ notes. A lot of my sources unrelated to this story and a lot of confidential donor information to our news organization.”

Please ignore the bra (trying to reach the ‘woke’)

NH Gov. Sununu’s Police State at Council Meeting: This video shows the entire room surrounded by state police, including down the isles [At least 32 law enforcement officers – ed.], ready to eject anyone who won’t be tolerated. As the pledge of allegiance is repeated by all, the audience begins to shout the last phrases about “liberty and Justice for all.” The Governor reprimands the audience with “Such outbursts will not be tolerated!”

NH Gov. Sununu: Patriotic recitation of the Pledge of Allegiance “Will not be tolerated!”

END_OF_DOCUMENT_TOKEN_TO_BE_REPLACED

“Should we also let the king assault our wives on our wedding night because he said so?” [William Wallace in Braveheart]

“Deception for our own protection, right?” People say: “He’s violating our freedoms for our own good.”

“I remember when Benjamin Franklin said ‘Those who give up their freedom for safety deserve neither.’ And Biden said ‘This is not about freedom; this is for your safety.'”

The Biden administration issued a new order for everybody to get the shot who works in a business with more than 100 employees. This is for everyone’s safety and is based on the latest science. Obviously. Will you comply?

This is not going to turn out good if people turn violent.

“Tempers flared when a school board in a Nashville suburb required masks for kids in grades k-4th. Things are getting dangerously close to a tipping point. Stories like this will seem tame in a month or so.”

“I think the tipping point will be the nationwide mandatory vaccines. I expect that in about two months. Something else could set it off before that though.”

I’m very concerned about violent civil unrest coming, and the subsequent over-the-top, perhaps martial law crackdown. Look at how Biden and MSM overreacted and cracked down after the mostly peaceful 1/6 “invasion,” which they exaggerated and milked to the max in their effort to turn us into a police state where we have no rights.

Please pray for love to overcome hate, and a spiritual awakening instead of a violent revolution that will not succeed. The NSA knows everything about everyone [record all phone calls and emails], and martial law will take away everyone’s rights.

Dumitru Duduman saw this vision in ’84:

(vision ’84)Dumitru Duduman: The Russian Invasion of America — “It will start with the world calling for ‘peace, peace.’ Then there will be an internal revolution in America…. The government will be busy with internal problems. Then, from the oceans…”

END_OF_DOCUMENT_TOKEN_TO_BE_REPLACED

When a reporter asked President Biden what his message was to “platforms like Facebook” on the subject of “COVID misinformation,” the President said, “They’re killing people. The only pandemic we have is among the unvaccinated, and they’re killing people.” White House press secretary Jen Psaki admitted last Thursday that the White House is “flagging problematic posts” for Facebook to censor and added that the Biden administration is “in regular touch” with the platform to ensure that only “correct narratives” are promoted. She said, “There’s about 12 people who are producing 65 percent of anti-vaccine misinformation on social media platforms.” Since the beginning of the public health crisis, Facebook says it has removed over 18-million instances of “COVID-19 misinformation” but, apparently, that is not enough.

Missouri Senator Josh Hawley warned that big tech is “acting like arms of the government” after the White House admitted it is asking Facebook to censor anyone who posts content it deems to be “misinformation”. He said that, if the companies are taking direction from the federal government, openly coordinating censorship with them, and Big Tech carries out those instructions, then they should be regulated like public utilities. The latest development with Facebook comes on the heels of reports that the White House is trying the same thing with Twitter, and planning to work directly with cellphone network providers to ‘fact check’ private SMS messages if they contain “misinformation about vaccines.” — GEG

“I don’t trust any insider sources because I know that the NSA is tracking everything, and that no insider sources could talk to me on the telephone without being shut down, unless they’re being permitted to give bad information.” – Joel Skousen, 7/14/21

From: Skousen: Dave Hodges, Mike Adams and Alex Jones are on the false hope bandwagon, pushing hype from false sources

This is completely outrageous! Biden and his Zionist controllers are now going to fact check your private text messages for vaccine misinformation. It doesn’t get much more dystopian than this. This will be the foot in the door to fact check your messages for everything, restrict your speech in texts and ban your cell phone service.

This used to be banned under the 4th Amendment but nobody seems to care about the Constitution anymore.

END_OF_DOCUMENT_TOKEN_TO_BE_REPLACED

A Canadian pastor was arrested at his home Monday after holding a series of “underground” services at outdoor locations in violation of provincial COVID-19 health restrictions. Rebel News reports,

Canadian Pastor Arrested at Home for Underground Service: ‘We Are Shaken, But Our Faith Is Not’

Alberta Health Services, the province’s health department, closed the church’s building earlier this month, but Stephens and the members kept holding services at undisclosed outdoor locations. A police helicopter discovered the location of the outdoor service on Sunday, according to Rebel News.

“Under a ‘climate lockdown,’ governments would limit private-vehicle use, ban consumption of red meat, and impose extreme energy-saving measures….”

Prepare for the Coming “Climate Lockdowns”

Do you think it can’t get much worse than COVID-19 lockdowns?

Based on the up-to-90% false positive (NY Times) PCR tests. Sexual assault and inadequate nutrition happening in the facilities.

At 7:45, Justin Trudeau and John Kerry publicly admit this is their exciting opportunity to change western civilization, in other words: the New World Order.

Sadly, Tucker sees vaccines as the answer instead of adequate vitamin D levels.

END_OF_DOCUMENT_TOKEN_TO_BE_REPLACED

80 times reported death rate compared to flu vaccines according to what’s been reported at the time of the interview, 2/10/2021

Antibody dependent enhancement can create an overreaction when encountering the virus in the future, “2 and 5 years from now,” the dreaded cytokine storm — the reason why the SARS Covid vaccines failed. END_OF_DOCUMENT_TOKEN_TO_BE_REPLACED

Arrest of Dr. Simone Gold was Excessively Heavy-handed: I mentioned last week that the FBI had arrested Covid and CDC critic, Dr. Simone Gold, for merely being at the capitol protest and speaking to Trump supporters about the exaggerated pandemic. Pamela Geller points out that she was treated rather violently during the arrest, unlike how the FBI treated agent provocateurs on the Left.

FBI agents banged on the door of the Beverly Hills home of Dr. Simone Gold, emergency room physician, attorney and founder of America’s Frontline Doctors (AFLDS.com). In short order, law enforcement broke down the front door and took her into custody. Shades of Roger Stone. Not knowing what charges were filed against her, Dr. Gold was removed from home, shackled and prohibited from taking any belongings, not even a purse. Her phone and computer were removed as evidence.

This is how the Deep State treats enemies of the state—sending a message to other’s who don’t accept the official narrative, especially those who have a voice and a following. 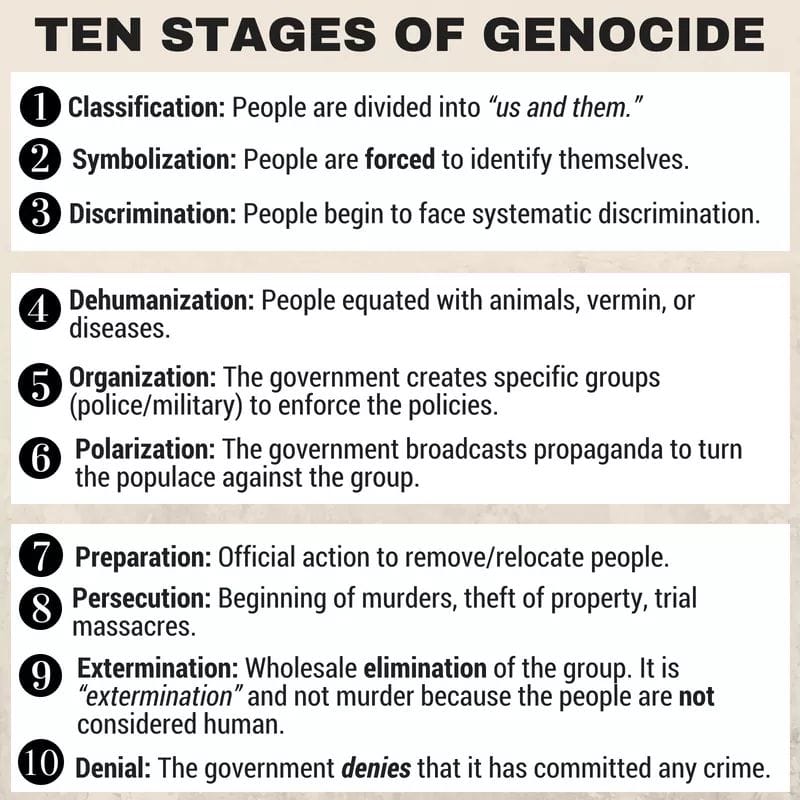 END_OF_DOCUMENT_TOKEN_TO_BE_REPLACED

In Bombshell Report, Tucker Carlson Alleges Bank of America Is ‘Acting Like an Intelligence Agency’

Bank of America “is actively but secretly engaged in the hunt for extremists in cooperation with the government,” he said. “Bank of America is, without the knowledge or the consent of its customers, sharing private information with federal law enforcement agencies. Bank of America effectively is acting as an intelligence agency, but they’re not telling you about it.”

According to the exclusive evidence his program obtained, BoA allegedly combed through the financial records from its more than 60 million customers looking for those who “fit a specific profile.”

Here’s what that profile was: “1. Customers confirmed as transacting, either through bank account debit card or credit card purchases in Washington, D.C. between 1/5 and 1/6. 2. Purchases made for Hotel/Airbnb RSVPs in DC, VA, and MD after 1/6. 3. Any purchase of weapons or at a weapons-related merchant between 1/7 and their upcoming suspected stay in D.C. area around Inauguration Day. 4. Airline related purchases since 1/6.”

The first thing you should notice about that profile is that it’s remarkably broad. Any purchases of anything in Washington, D.C.; any overnight stay anywhere in an area spanning three jurisdictions and hundreds of miles; any purchase not just of legal firearms, but anything bought from a “weapons-related merchant,” T-shirts included; and any airline-related purchases — not just flights to Washington, but flights to anywhere, from Omaha to Thailand. That is an absurdly wide net.

Bank of America identified a total of 211 customers who met these “thresholds of interest.” At that point, “Tucker Carlson Tonight” has learned, Bank of America turned over the results of its internal scan to federal authorities, apparently without notifying the customers who were being spied upon. Federal investigators then interviewed at least one of these unsuspecting people. That person, we’ve learned, hadn’t done anything wrong and was cleared. (Fox News)