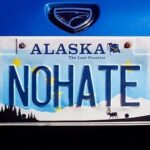 I transcribed some of what Dan Fagan said on his June 13th show (audio below).

“Now Christopher Constant. … I know it’s easy to hate the left. … They make our lives harder when they get into power. [He mentioned grocery store prices now.] So it’s easy to say ‘I hate these people….’ But we have to really guard our hearts. END_OF_DOCUMENT_TOKEN_TO_BE_REPLACED

The ignoring of the statutory formula Permanent Fund dividend calculation that is on the books has cost Alaska families’ tens of thousands of dollars over the past several years. The vision to raid the Permanent Fund Earnings account shrinking Alaskans yearly dividends was birthed in the heart of Alice Rogoff.

Back in 2014, with her vast wealth, Rogoff vaulted herself into a kingmaker. She was instrumental in creating the so-called “Unity Ticket” in the governor’s race. Rogoff, behind the scenes, worked with Big Labor bosses and other swamp creatures to create the Bill Walker-Byron Mallott ticket to run against Republican incumbent Gov. Sean Parnell. END_OF_DOCUMENT_TOKEN_TO_BE_REPLACED

“You have to count your victories. You have to cherish them. You have to credit people when they have the boldness to advance the cause of sanity. Because that’s the war we’re fighting. It’s insanity verses sanity. This idea that boys can compete with girls is insane. Last night in the Mat-Su school district, they voted you must be a female to participate in female athletics.” – Dan Fagan, 6/16/22 END_OF_DOCUMENT_TOKEN_TO_BE_REPLACED

Related: Second Order Thinking & Why Its Important — Ask “And then what?”

“So much of the left is first order thinkers — meaning they never get past step one. The goal is ‘hey, wouldn’t it be great if we were all equal?’ Therefore, they’ll print money and hand it out? They don’t get past that step. What’s the unintended consequences? What’s going to happen next? ‘Well, we don’t know. We just think this is a good social justice outcome.’ That’s the left.

It sounds good at the surface, and it completely breaks down when you move to the next step.” – Nick Begich at minute-33: END_OF_DOCUMENT_TOKEN_TO_BE_REPLACED

Sarah killed the Knik Arm bridge which could now be greatly helping Anchorage and Alaska!

“Every bridge is a bridge to nowhere; that’s why you put a bridge up.” – Michael Droege

“So we know Dan Sullivan has endorsed Lisa Murkowski. He said ‘they make a great team.’ Now he’s endorsing Tara Sweeney, who is basically Lisa Murkowski. They’re the same people.

Tara Sweeny’s husband, Kevin Sweeney is basically Lisa Murkowski’s right-hand man and a very close advisor. Folks, if there is any doubt about Dan Sullivan now, I don’t know what else you need to know.”

“Everything Sarah Palin has ever touched as a politician she’s destroyed. … Her record is dismal.” – Dan Fagan on the Dan Fagan Show, 4/25/22

DAN FAGAN: “The fact that he hasn’t jumped out shows a lot about him, that it’s more about him than the state.”

Nick Begich III was raised by his grandparents. His grandfather was a pastor; he attended Christian schools in Florida, and was president of the Republican club in high school.

Nick Begich II is a libertarian, and III’s mother is a Republican. They separated decades ago, when III was raised by his grandparents.

Suzanne Downing has known him well for 7 years, and Nick has never failed her in his positions.

The Dan Fagan Show airs weekday mornings between 5:30 and 9 am on Newsradio 650 KENI.

Caller Ken @1hr 16min: “When we prosper really, really well, and we do so good we often forget our roots. We start saying ‘ah, we don’t need all those rules that kept us free.’ … When humans sit for decades in great situations we get weak. And we forget that we need certain things to keep us that way. … Instead of arguing about a $260 trillion debt, we start arguing over what a man or a woman is. …

This lack of education and the lack of unity is leading us straight into war.”

1hr 11min  Dan Fagan: “She’ll never come on this show, but if she did, that would be the first question: ‘do you regret endorsing Bill Walker’ [who continued the damage she did as governor of Alaska]?

One thing I’ve known about Sarah Palin: she will not for under any circumstances, for any reason admit she was wrong.

So I think that would be an interesting question: ‘in light of what Bill Walker did as governor, do you regret giving him your endorsement,’ which probably sealed the election for him.

I don’t know what she’d say. And I would know she has changed if she would say ‘yes, that was a mistake.'” END_OF_DOCUMENT_TOKEN_TO_BE_REPLACED

1hr 42min  Sarah Palin is “our version of AOC” — a very effective political entertainer, like the “media darling,” “wing nut” AOC, who is very good at Twitter, at getting her message out. “She’s a political entertainer. She’s very effective at that. I kind of wish she would stick to that, because she’s actually good at it. Policy and governing is not really her strong suit.”

1hr 51min  “Let’s face it. Anchorage has turned blue. … Our oilfield people have left. We’re bringing in health care workers to provide health care through ObamaCare, and conservatives are moving to the Valley.” Eagle River is conservative and may ‘exit.’

~”We have a conservative fortress from Hillside to Eagle River, all the way up to the Valley. We have conservative pockets all the way up too Fairbanks. Fairbanks is pretty liberal. We’ve got the University and a lot of government workers there. The Kenai is still very very red. SE Alaska is not as blue as people think, a lot of working class, fishing and shipping. Government workers are going to vote their interests though [as in Junea].”

“Our education system has been at it for a real long time, indoctrinating our kids. And those kids are now voters. So how do you get to them…? We’re up against quite a cultural shift with millennials coming up … starting to run things.”

Randy appears to be easily winning, but the other Anchorage candidates are behind so far. I think Randy is right, and was hoping there would be more ads like Bernadette Wilson’s powerful confrontation of Dunbar locking us down, which I think made the difference in Mayor Bronson’s win.

1hr 16min: “We pushed the tax issues, and I think we really missed the issue of kids in masks, and everything that’s been done to us as far as government overreach. I think [unintelligible] we messaged poorly. It’s created a lot of mental health issues now.” – Randy Sulte 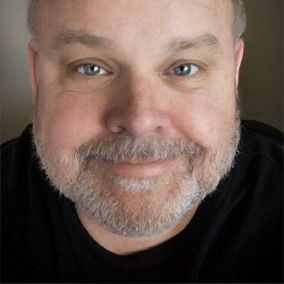 “If we’re going to find common ground it should be with truth.

My fundamental philosophy in life is that truth brings liberty, deception and lies bring destruction. So we should always be gravitating towards the truth. I’m not looking to build common ground and allegiances with people who believe lies, because you’re really joining yourself at the hip with untruths, and that brings destruction.

I believe in the power of truth. I believe that truth sets us free.

Everybody loves unity. Unity is a big thing: ‘unity for unity’s sake.’ ‘As long as we’re united we’re going to be good.’

I’m not a big fan of unity for unity’s sake. Anytime you can find unity you should pursue it, but not at the expense of truth.

Truth should take priority over unity.”

We must learn to see the difference between the feckless Gov. Mike Dunleavy, who refuses to make waves, and a fire-in-his-belly type like Anchorage Mayor Dave Bronson. END_OF_DOCUMENT_TOKEN_TO_BE_REPLACED

Before you inject your child – a decision that is irreversible – I wanted to let you know the scientific facts about this genetic vaccine, which is based on the mRNA vaccine technology I created. END_OF_DOCUMENT_TOKEN_TO_BE_REPLACED

“When you’re seeking information to make you feel better about yourself you’re not really looking for truth.” – Dan Fagan, 12/8/21, minute-36

Interesting monologue about truth starts at 32:10

“The DHSS website on Covid [state of Alaska] has nothing regarding prevention from Covid” — nothing on “vitamin D.”

“It’s not even available on their website regarding the serious risk and the preventative care such as the vitamins.”

Zink setting up Alaska for lawsuits from parents of vaccine injured?

END_OF_DOCUMENT_TOKEN_TO_BE_REPLACED

45:50 “When you wake up every morning, and whether you do it consciously or subconsciously, your objective is to make people think you’re compassionate and virtuous. You’re on the wrong track, because it’s about you, about your ego.

What you should do is get up every morning and say ‘today I’m going to try to find out what’s right and what’s true and pursue that.’ That’s the difference between a leftist and a non-leftist. The leftist says I will do something today to make people think you’re virtuous.”

Dr. Farr responded to Dan Fagan mentioning the widespread claim that 70-90% of those in hospitals today are non-vaccinated:

“I don’t think that’s a true stat. I talked to a nurse who was on the Covid floor. All but one of the patients there had been vaccinated.” – Dr. Iona Farr at 1:33:20

Bob (caller): Says he won’t listen to Mike Porcaro’s show because it’s all about getting the poke now.

1:31:00 “Guess who promoted and got paid for this rank choice voting thing. It’s Mike Porcaro. His agency promoted it, got paid for it, and he was on the radio that was pulling for it.”

1:13:00 “This is basically government takeover of health care” — hospitals firing doctors and nurses for not taking the vax, so instead of standing up for their rights, Governor Dunleavy brings in workers from outside to replace them at the tune of $87,000 for three months!

1:18:25 “The stupid Ivermectin study was underpowered. They just treated them with like one or two doses of Ivermectin, which has never been the treatment protocol that actually worked. And you have to do the zinc, Aspirin and the vitamin D with it. It’s a full combination.  People have to get their vitamin D levels, their zinc levels up on board. And if they get Covid and they’re not allergic to it, they need to take Aspirin immediately to try and prevent the blood clots that kill so many with this disease.”

Farr: How successful Ivermectin is, but local pharmacies won’t make it available. Out of over 600 patients cured with no deaths, Farr has now lost one patient who had to go to Soldotna to get it, and then her doctor wouldn’t give it to her.

Farr: 3.7 billion doses of Ivermectin with only 16 deaths reported; much safer than Tylenol and Aspirin; won the medicine Nobel Peace Prize in 2015, and we can’t even get it. Use the FLCCC, Mercola or Fleming protocols.

Merk is making a patentable version of off-patent Ivermectin that they’ll make a fortune out of.

1:28:00 Mike Porcaro won’t let Farr on his show anymore (afternoons on KENI). Farr is asking for other health care providers to speak out, as she’s the only one.

“It’s very frustrating when a lie so blatantly false is believed by so many.”

More from Dan, this morning:

“Life is so much more enjoyable when you don’t care what people think.”

“When you’re just yourself, and you’re not trying to impress people…, you’re authentic, then you will impress people. … Just be who you are.”

~”It’s a false promise to join the woke movement to get people to think better of you.”

“There’s nothing more attractive than authenticity.”

Instead of trying to impress people by trying to convince people how woke you are — which results in a miserable life, Dan just said.

DAN FAGAN: “Are you telling me that if you end in the hospital with Covid you are not allowed to have Ivermectin which is so effective in treating this virus?”

Dr. Farr also said that those who have the strongest immunity for Covid, because they have antibodies from having Covid are 4 to 5 times more likely to get injured from the Covid vaccines.