“There is no such thing as a heartbeat at six weeks,” Abrams claimed during an event at the Ray Charles Performing Arts Center in Atlanta on Tuesday. “It is a manufactured sound designed to convince people that men have the right to take control of a woman’s body.” STORY

END_OF_DOCUMENT_TOKEN_TO_BE_REPLACED

Cathy O’Brien was sold into Project Monarch, one of the 149 known sub-projects of the CIA’S MK ULTRA Experiments that began in 1953. These secret programs were initiated by governing jurisdictions in an effort to understand and utilize mind control to further another agenda. Being a victim of the elite’s Monarch Program. as a slave Cathy was exposed to many world leaders at the national and international levels.

Through her rescue and healing process, she was able to reclaim the memories of what she witnessed while under mind control. Her story provides insight into how we’ve been controlled in the past, where we are going as a nation and how to reclaim personal and collective sovereignty. This is her story. This is our story.

Jeff was joined by Alaska Family Council Executive Director Jim Minnery. They discuss how he grew up in Anchorage, what motivates the online mob to go after certain people or businesses, the Supreme Court case about the baker who did not want to server a same sex couple, the Supreme Court’s recent decision to overturn Roe v. Wade and the impacts that is having on elections, the abortion issue, and the upcoming vote on the constitutional convention.

Murkowski is a general in the movement to promote the culture of death through abortion in America.

Murkowski, who has been a champion of abortion, can still do the right thing

In 2018, Murkowski was one of just two Republicans to vote against a federal ban on abortions after 20 weeks and up to the day of birth. But Murkowski’s most consequential move to preserve the barbaric killing of millions of American babies came when she refused in 2018 to vote to confirm Justice Brett Kavanaugh to the U.S. Supreme Court.

“If Sarah Palin will have handed this seat to Mary Peltola, that will add to her legacy as the single most destructive Alaskan ever elected into office.” – Dan Fagan

END_OF_DOCUMENT_TOKEN_TO_BE_REPLACED 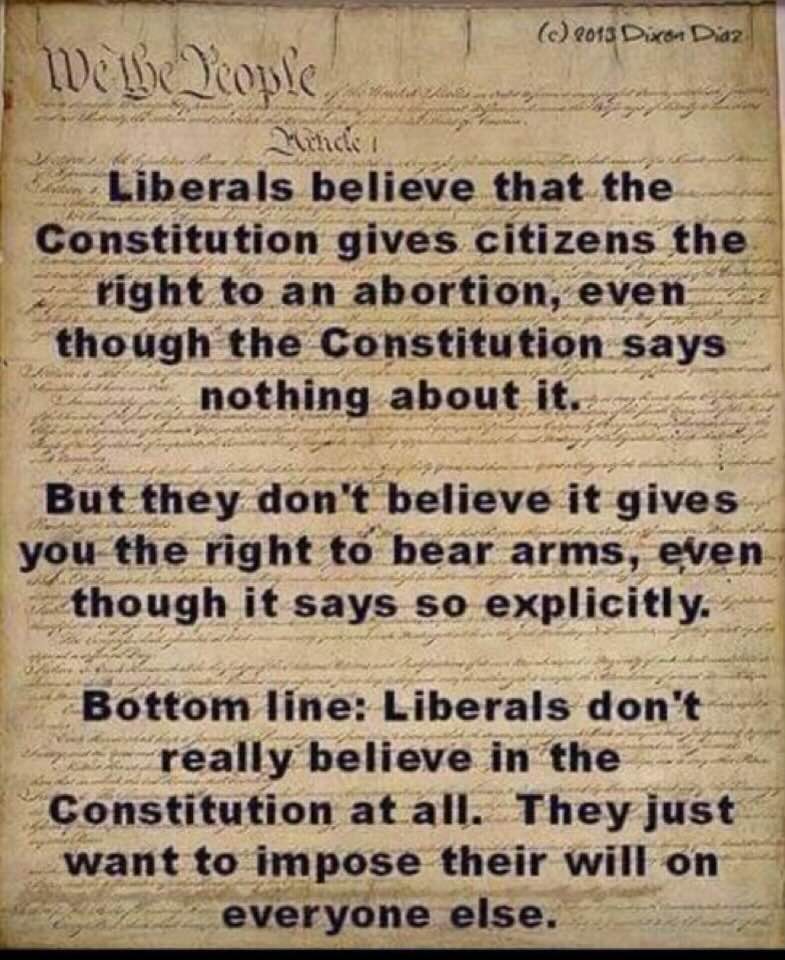 Ask questions instead of confronting.

The REAL MOTIVE behind the globalists allowing ROE to be overturned at *this particular time* may be to cover up the drastic drop in abortions due to the vaccines causing many less pregnancies — infertility?

END_OF_DOCUMENT_TOKEN_TO_BE_REPLACED

A recent Florida lawsuit seeks to apply a broad new claim by many Jewish groups that legal abortion is necessary for the practice of their religion.

(LifeSiteNews) — In an apparent new strategy seeking to maintain the decriminalization of preborn child killing, a south Florida synagogue filed a lawsuit against the State of Florida’s new 15-week abortion ban arguing that it violates the “religious freedom” of Jews. END_OF_DOCUMENT_TOKEN_TO_BE_REPLACED

Dr. John Campbell carefully tells the truth about babies’ stages of development inside the mother’s womb.

Campbell is one of the few doctors who told the truth about high enough vitamin D for Covid, and is dismayed that governments especially still aren’t telling the people since the data is irrefutable. He calls this lie of omission “criminal.”

END_OF_DOCUMENT_TOKEN_TO_BE_REPLACED

“The Supreme Court is not intended to make any laws, as they did in the 1973 case for some reason.”

“Speaker of the House Nancy Pelosi took a break from insider trading to…. She never once broke her smile that her surgeon implanted onto her face.”

“History fails to record a single precedent in which NATIONS SUBJECT TO MORAL DECAY have not passed into political and economic decline. There has been either a SPIRITUAL AWAKENING to overcome the moral lapse, OR a PROGRESSIVE DETERIORATION leading to ultimate national disaster.” – Douglas MacArthur

“The recent ruling of the Supreme Court of the United States *grieves us* and places the lives, physical and *emotional health*, and *spiritual well-being* of parishioners and community members in jeopardy.” 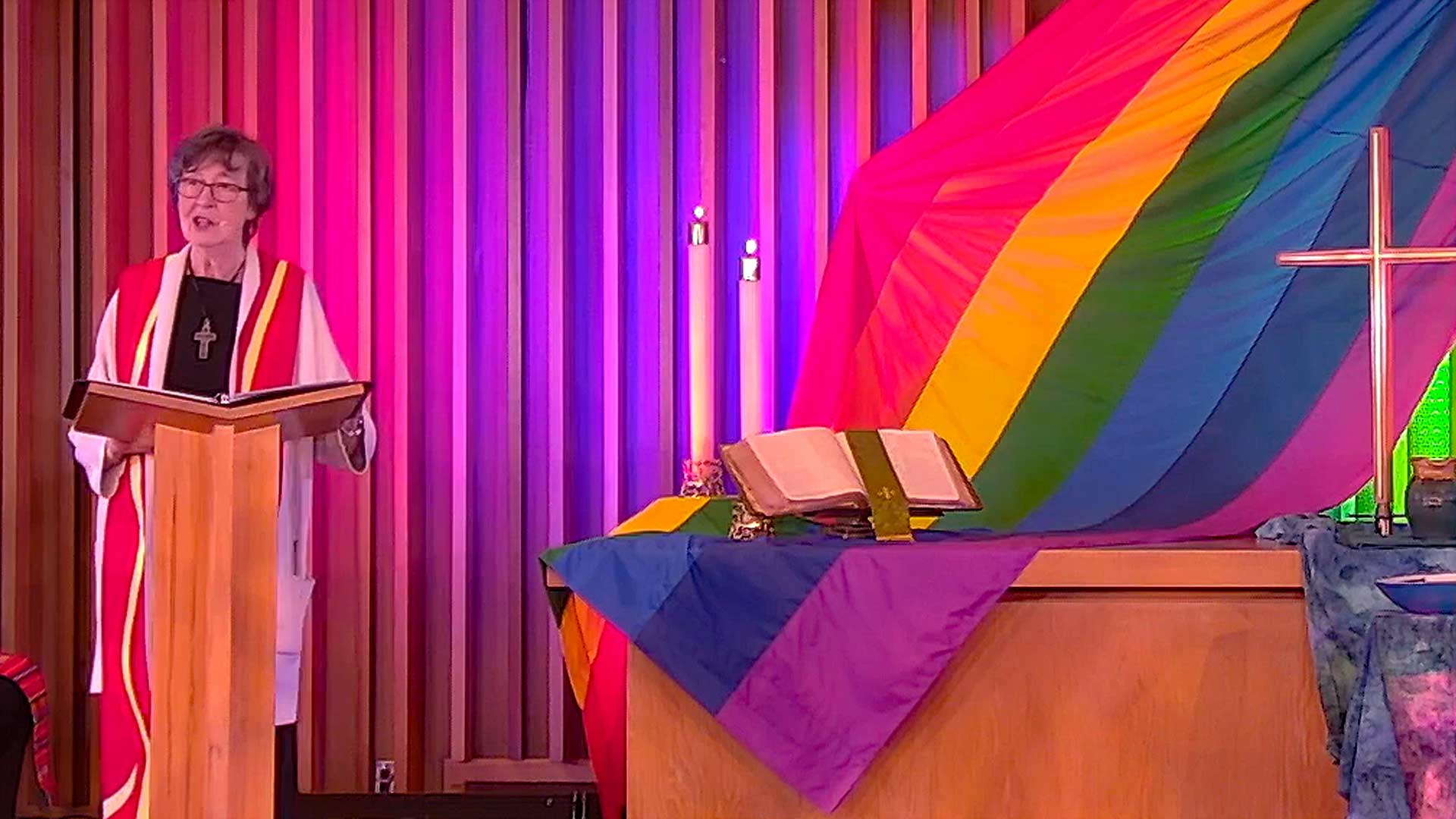 The decision to kill an unborn child “should be made only after thoughtful and prayerful consideration.” END_OF_DOCUMENT_TOKEN_TO_BE_REPLACED

Joe Biden is calling on Senate Democrats to make a one-time exception to the filibuster rules in order to force a bill through the chamber that would legalize abortions up to birth nationwide. Such a bill would essentially override the ability of states to protect babies from abortions….

END_OF_DOCUMENT_TOKEN_TO_BE_REPLACED

"Ladies, if you get pregnant, run on down to the abortion clinic, and have that little bastard sucked right out."

They know what abortion is, and they cheer. Pure evil. pic.twitter.com/fEpUZwswU9

From: The Times of Israel

Being Anti-Abortion is being Antisemitic

What occurs inside a woman’s uterus is nobody’s business other than the woman who owns her own body. We all need to do what ever is possible to stop the United States from turning into “The Republic of Gilead”.

According to Jewish law if a fetus is a danger to the life of a woman (emotionally, psychologically and or physically), she is required to have an abortion. According to Jewish law, a fetus is not considered a living being until it comes out of a woman’s uterus. By not allowing Jewish women to have abortions, you are violating her civil rights to practice her faith. END_OF_DOCUMENT_TOKEN_TO_BE_REPLACED

Being Anti-Abortion is being Antisemitic — According to Jewish law, a fetus is not considered a living being until it comes out of a woman’s uterus. By not allowing Jewish women to have abortions, you are violating her civil rights to practice her faith

Scott Kendall says here: “the Jewish faith at times actually encourages abortion up until the moment when the child takes his or her first breath.” This is because modern day Judaism considers the Talmud as higher than the Old Testament, as did the Pharisees who persecuted Jesus. And when they site the Torah as their source, that includes the Talmud, which they revere as higher than the first five books of the Bible.

By Suzanne Downing – May 4, 2022 END_OF_DOCUMENT_TOKEN_TO_BE_REPLACED

Why Satanists may be the last, best hope to save abortion rights in Texas

As pro-choice and reproductive health groups are scrambling to make sense of Texas’ new, near-total abortion ban that went into effect this week….

The Supreme Court on Wednesday night allowed the state to implement a ban on the procedures after six weeks….

The “nontheistic” organization, which is headquartered in Salem, Massachusetts, joined the legal fray this week by sending a letter to the U.S. Food and Drug Administration demanding access to abortion pills for its members. The group has established an “abortion ritual,” and is attempting to use the Religious Freedom Restoration Act (which was created to allow Native Americans access to peyote for religious rituals) to argue that its members should be allowed access to abortion drugs like Misoprostol and Mifepristone for religious purposes. END_OF_DOCUMENT_TOKEN_TO_BE_REPLACED

Archbishop Andrew Bellisario, who oversees some 32,000 Alaska Catholics in the Archdiocese of Anchorage-Juneau, is among a minority block of U.S. bishops who wish to delay a conversation on whether pro-abortion politicians such as President Joe Biden and U.S. Sen. Lisa Murkowski, should be banned from receiving Holy Communion, a sacrament which Catholics hold to be the source and summit of the church and a visible sign of moral and spiritual unity among the faithful.

Murkowski has long presented a problem for the Catholic Church in Alaska. She grew up attending Holy Family Cathedral in Anchorage and still presents herself for Communion in Alaska parishes despite her increasingly staunch support of abortion. She has refused to oppose taxpayer-funded abortion on demand and is a strong advocate of the Equal Rights Amendment, which will likely dismantle pro-life laws, expand LGBTQ rights and erode religious liberties. Planned Parenthood, the nation’s largest provider of abortion, considers Murkowski an ally.

Bellisario is one of 67 bishops who signed a May 13 letter urging the national U.S. Conference of Catholic Bishops (USCCB) to suspend a planned conversation this month on how to deal with Catholic politicians who flaunt the most fundamental moral teachings of the church when it comes to protecting unborn human life.

Alaska Sen. Lisa Murkowski was denied communion over her consistent pro-abortion stand in Washington D.C. The archbishop banished the priest, transferring him from Anchorage to Soldotna, Alaska.

Dan Fagan: Murkowski was denied communion over her stand on abortion

Sometime in December of 2019, Murkowski was attending mass at Our Lady of the Snows in Girdwood.

Fr. Robert Whitney, based out of St. Elizabeth Ann Seton Church in Anchorage, was saying mass as a visiting priest.

Murkowski approached Fr. Whitney during mass with her hands out ready to receive communion but was denied the wafer. Fr. Whitney instead said a blessing over the senator. Murkowski did not make a scene and went back to her seat.

Anchorage-Juneau Archbishop Andrew Bellisario, well-known for his Leftist beliefs, was so upset with Whitney, he transferred him out of the much larger St. Elizabeth Ann Seton Parish in Anchorage to the much smaller Our Lady of Perpetual Help Catholic Church in Soldotna.

As some claim, are they here openly declaring it is a religious right to perform ritual human sacrifices as tax funded abortion?

“If you type in ‘abortion’ in Google, all you’ll get is references to Planned Parenthood.” – E. Michael Jones at 26:30 here: END_OF_DOCUMENT_TOKEN_TO_BE_REPLACED